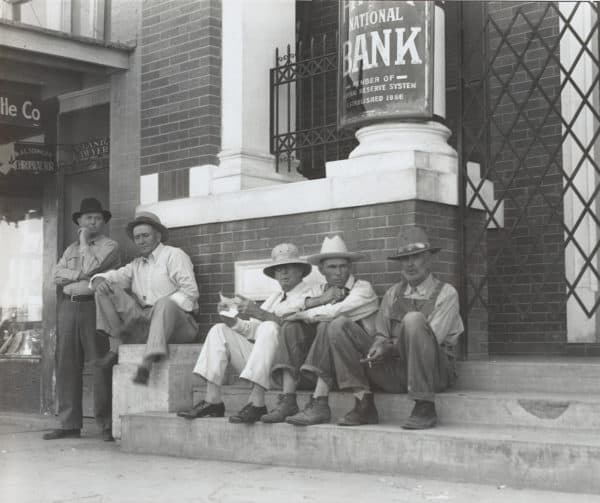 Recently, the Office of the Comptroller of the Currency (OCC) posted a letter clarifying national banks’ and federal savings associations’ authority to provide cryptocurrency custody services for customers. Although recently we have seen improvements in banks providing services to crypto firms, many digital asset service providers have struggled to establish bank relationships as these regulated entities are concerned about possible regulatory violations. Being a bank means you are always very aware of your compliance requirements.

When the OCC announced the statement on crypto, Acting Comptroller of the Currency Brian P. Brooks, issued the following statement:

“From safe-deposit boxes to virtual vaults, we must ensure banks can meet the financial services needs of their customers today. This opinion clarifies that banks can continue satisfying their customers’ needs for safeguarding their most valuable assets, which today for tens of millions of Americans includes cryptocurrency.”

Brooks was previously Chief Legal Officer at digital asset exchange Coinbase – so you know he has a profound understanding of the regulatory challenges crypto firms face.

On the surface, the shift in approach by the OCC appears to be huge news for the digital asset industry but Crowdfund Insider decided to get a legal perspective from two top attorneys. Below, is a discussion CI had with Paul Clark, Partner, and Nathan Brownback, Associate, of Seward and Kissel, who explain the nuance in the announcement by the OCC. Both attorneys are engaged in the Fintech sector and Clark is part of Seward & Kissel’s Blockchain and Cryptocurrency Group that was formed to advise clients on issues arising from investments in assets based on blockchain or Distributed Ledger Technology (DLT). Seward and Kissel is also a member of the Wall Street Blockchain Alliance and the Digital Chamber of Commerce.

Recently, the OCC provided clarity on banks providing service to cryptocurrency firms. What exactly did this document accomplish? 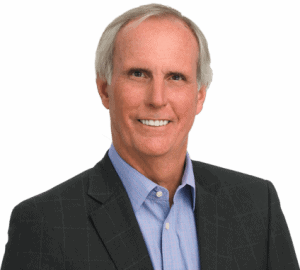 Paul Clark and Nathan Brownback: The document, Interpretive Letter #1170, clarifies the OCC’s position with respect to nationally chartered banks and federal savings associations, that there is no legal barrier preventing those banks from providing cryptocurrency custody services on behalf of customers.  It does not resolve whether banks have the technological capacity and the necessary comfort level to provide such services.  As the letter indicates, the OCC will require banks to show that they do have the technological capacity as well as the necessary policies and procedures, including policies and procedures relating to anti-money laundering requirements.

It is important to note that in the U.S., banks can be chartered under federal laws or under state laws.  Of the approximately 5,400 banks in the U.S., about 1,100 (including federal savings institutions or thrifts) are established under a federal charter, while the remaining banks are state banks.  The OCC is the regulator for national banks established under federal laws, so its interpretive letters and other guidance documents only directly affect about 20% of U.S. banks (but most of the big banks are national banks so clearly the OCC’s opinion carries a lot of weight).

There is nothing in this letter that would surprise a banking lawyer, but it is very helpful to have the OCC clarify its stance with respect to a national bank’s legal authority.  The Interpretive Letter will make internal bank discussions on whether they should offer such services much easier, and may refocus such discussions on whether offering cryptocurrency custody services fit within a given bank’s business plan, and, if so, how to ensure the bank can offer such services in a manner consistent with the bank’s risk management policies.  This is a staff interpretation letter, meaning that it does not have the force of law, but it lets national banks know that the OCC staff views the activities described in the letter (including those in footnote 39) as an extension of traditional banking powers.

From an OCC perspective, it helps to clarify that the playing field for national banks is level with state banks—as the release points out, some states (most notably Wyoming) have passed or are debating laws that explicitly allow banks chartered in their state to engage in crypto-related activities.

Digital asset firms have long struggled with banking relationships. How impactful is this statement by the OCC? 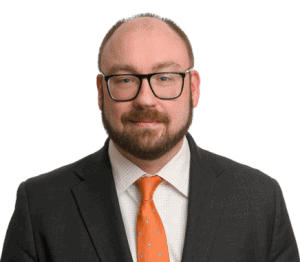 Paul Clark and Nathan Brownback: While the letter will not have a direct immediate impact, our hope is that it will help remove some of the reluctance that banks have in dealing with clients that are in the blockchain space (in our experience, it is not only clients that deal in cryptocurrency in some fashion that have to worry about their banking relationships—banks have also closed or thought about closing banking relationships with clients that are developing non-crypto blockchain applications).

By putting out this letter, the OCC may encourage banks that have been uncertain about whether to enter this space to do so.

Do you anticipate that banks will now move quickly to provide services to crypto firms?

There are a number of procedural/operational steps, including the development of policies and procedures specific to cryptocurrency custody services, that any bank wanting to offer crypto custody services needs to address.

[We] note that the release mentions custodying private keys, which is one service that banks can provide, but also allows for “true” cryptocurrency custody (that is, holding the actual cryptocurrency as custodian).  This is easy to say in principle but difficult to do on a practical level.

It is possible that banks will engage in joint ventures with or acquire entities that have already figured the technical part out but that do not have a bank charter.

The OCC is currently benefiting from an acting Comptroller that has Fintech experience. Do you anticipate any other changes at the regulator regarding federal banks and Fintechs?

Paul Clark and Nathan Brownback: In his first months in office, acting Comptroller Brooks has supported OCC initiatives to promote the Fintech industry.  (For example, he has recently given interviews promoting an OCC charter for Fintech payments firms.)

In promoting the OCC as a potential Fintech regulator, however, he is continuing a trend that has persisted across at least the last four Comptrollers or acting Comptrollers under both the Obama and Trump administrations.

In 2016 the OCC began exploring the possibility of offering a “Fintech charter” – a special purpose national bank charter designed for Fintech companies.  After the OCC announced its intention to issue Fintech charters in 2017, state banking regulators sued in federal court to prevent the OCC from issuing such a charter.  In spring 2019 the federal district court for the Southern District of New York ruled that the OCC did not have the power to issue a Fintech charter to any Fintech firm that did not take deposits.  The OCC has since appealed the ruling to the Second Circuit.  Given the status of the litigation, we would not expect the OCC to issue a Fintech charter in the near future.

However, certain Fintech firms have begun to consider other options for state and federal bank charters.  Square Inc., for example, received conditional approval in March of this year from the Utah Department of Financial Institutions and the FDIC to operate as an “industrial loan company,” or ILC, a type of depository institution that can be owned by a nonbanking company.