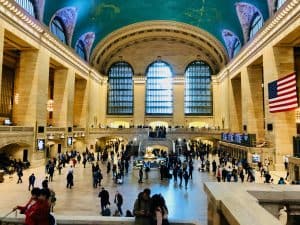 The New York Department of Financial Services (NYDFS) recently noted that there are several different paths that virtual currency businesses may take to begin using or listing digital currencies like Bitcoin (BTC) and Ethereum (ETH), among many others.

The NYDFS noted that companies in New York may begin using a cryptocurrency after approval of a specific application, which may be submitted to the department for “a material change of business.” There’s also the self-certification route, where a particular coin listing policy is approved by the DFS. Alternatively, New York state businesses may use any of the virtual currencies mentioned on the DFS’ greenlist.

“Any entity licensed by DFS to conduct virtual currency business activity in New York may use coins on the Greenlist for their approved purpose(s). Note that if a licensed entity decides to use a coin on the Greenlist, it must inform DFS prior to beginning its use.”

Interestingly, XRP has been cleared for custody purposes, but not for listing. This may be due to the fact that Ripple is facing multiple lawsuits (most of which are now consolidated into one or fewer suits). Industry participants and other analysts have argued that XRP may be a security for multiple reasons, like its strong association with Fintech Ripple, which has also been sued by XRP investors.

The digital asset’s investors have alleged that Ripple sold large amounts of XRP in order to cover operational costs – which has caused a sharp decline in the token’s price. It remains unclear how regulators will respond to XRP transactions in the future.

Ethereum Classic (ETC) has also been approved for custody, but not listing. Recently, Ethereum Classic suffered serious network attacks which led to the attacker being able to double-spend (using the same set of funds or coins for the same transaction) $1.68 million in ETC.

Ethereum Classic has a much smaller network compared to Ethereum (ETH). ETC has maintained the original Ethereum chain, after the multi-million dollar smart contract hack of Ethereum (the DAO attack).

While ETC proponents want to support the immutability principle of blockchains, by not agreeing to roll back the transactions following the DAO hack, Ethereum classic does not have nearly as large a network as Ethereum (ETH). Historically, smaller cryptocurrency platforms have been relatively more susceptible to network attacks.

While the NYDFS has not clearly specified the reasons why Ethereum Classic or XRP have not been approved for listing, it’s possible that companies might still be able to submit an application requesting that they be allowed to list these assets.