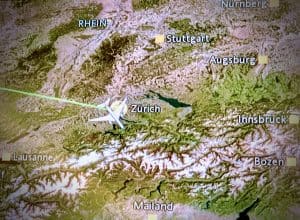 Indonesia has a population of around 270 million residents, and most of these people are underbanked or financially underserved. Businesses in the fast-growing economy also don’t yet have access to modern financial services, like the kind we’d typically find in many of the developed Western economies.

However, Indonesia does have a relatively high mobile and Internet penetration rate. This has led to the increased adoption of mobile or smartphone-based financial services. According to a new market report, the Fintech sector in Indonesia has expanded rapidly during the past few years. This has also created new opportunities for Switzerland’s Fintech firms and other businesses as well.

Revenue from digital financial services is expected to grow at a compound annual growth rate (CAGR) of 34% and is expected to reach $8.6 billion by 2025. A report from McKinsey had estimated that between 2014 and 2017, digital banking penetration in the country increased by 1.6x.

The Indonesian payments sector has experienced significant growth during the past few years. The country’s payments industry is dominated by several established service providers that are backed by major Internet firms operating in Asia.

Additionally, there are a number of other opportunities in Indonesia’s international payments sector. These services are constantly being improved so that payments can be completed at lower costs while improving their efficiency. Indonesia is now ranked near the top when it comes to being a recipient of remittance payments. However, the costs associated with transferring funds to the country are still too high (over 6.12% as of Q1 2020), the report revealed.

Indonesia’s peer to peer (P2P) lending market has also picked up in recent years. P2P lending is the nation’s largest Fintech segment, as it accounts for the majority or over 60% of all Fintechs operating in the country. As widely reported, the P2P lending sector in Indonesia and in other Asian countries has seen many scams, which have resulted in billions of dollars worth of losses.

The COVID-19 outbreak has also created many challenges for Fintechs in the country. However, Swiss Fintech firms might now consider entering the nation’s Fintech industry by offering solutions that aim to address customer data verification and digital know-your-customer (KYC) requirements. Swiss companies might also consider providing credit scoring or rating tools that use non-traditional data sources.

The report also notes that investment and wealth management services are another key Fintech segment that could become widely adopted in the country.

Other services that may be well-suited for Indonesia include those that will assist with the modernization of legacy banking systems and IT infrastructure, the report noted. It added that other Fintech services such as data cleansing, data analytics, and robotic process automation may also be required by Indonesian businesses. Cloud accounting, software-as-a-service (SaaS), and digital procurement services may also be needed in the future.

As reported recently, there are more than 240 Fintech companies operating in Indonesia, which has become a leading Southeast Asian and global economy.