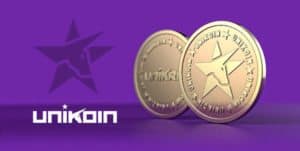 Unikrn, a token issuer that attempted to remain compliant while issuing digital assets, has settled with the Securities and Exchange Commission (SEC) regarding allegations of an unregistered initial coin offering (ICO) of digital securities. Unikrn is an eSports and gaming platform launched in 2014.

According to the SEC, Unikrn will pay a $6.1 million penalty with “substantially all of the company’s assets, to be distributed to investors through a Fair Fund.” The SEC’s order finds that Unikrn violated the registration provisions of the federal securities laws. Without admitting or denying the SEC’s findings, Unikrn has agreed to pay the fine.

The SEC states that Unikrn raised approximately $31 million through its offering of the UnikoinGold (UKG) token. The SEC’s order alleges that Unikrn promised investors that it would facilitate a secondary trading market for the tokens and that its efforts to increase the usages for the UKG token would increase demand for and in turn, the value of, the tokens. The SEC finds that Unikrn offered and sold UKG as investment contracts, which constituted securities, yet failed to register the offering or qualify for an exemption. Additionally, the SEC claims that Unikrn offered UKG tokens directly to the public including approximately 3,300 investors in the United States. Some of these investors were said to be unaccredited.

“The securities registration and exemption framework is designed to ensure investor protection and access to material information, while also facilitating capital formation. Failure to follow this framework harms investors and our markets. This resolution allows us to return substantially all of Unikrn’s assets to already-harmed investors and includes measures to prevent future sales to retail investors, including the disabling of the tokens.”

Unikrn has agreed to disable the UKG, publish notice of the order, and request removal of UKG from all digital asset trading platforms. According to the order, the Commission considered these undertakings, as well as Unikrn’s financial condition and the fact that the penalty represents substantially all of Unikrn’s assets, in accepting Unikrn’s offer of settlement.

In a related proceeding, the Washington State Department of Financial Institution announced a settlement with Unikrn for violations of state registration provisions in connection with Unikrn’s offering.

In a press post, Unikrn said that alongside UnikoinGold’s retirement in September 2020, a few other platform experiences are being retired to help streamline Unikrn’s platform for new users and improved rewards systems.