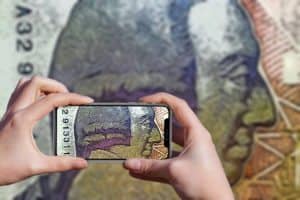 Distribution Finance Capital (DF Capital), a lender that provides various working capital solutions to UK based businesses, has reportedly been granted a full banking license from the Prudential Regulation Authority (PRA). The company is planning to launch a new digital bank, which will focus on helping customers with better managing their savings. The new digital challenger may compete for market share with Starling Bank, Monzo, OakNorth, and other European Fintechs.

Fintech lender Zopa was also issued a full bank license back in June 2020. Several other challengers have also been approved to offer digital banking services in the UK, including Castle Trust, Oxbury, and Vive.

A DF Capital representative told Altfi that the company is planning to introduce several different digital personal savings products. The company was previously a part of TruFin, which is an owner of various Fintech focused assets and had itself been a part of another fund called Arrowgrass. DF Capital, which now holds the UK banking license, will be called DF Capital Bank Ltd, but it’s currently awaiting regulatory approval.

Carl D’Ammassa, CEO at DF Capital, stated that the company will now be able to tap into its real or full potential as a regulated banking institution. D’Ammassa claims that his company has been bank-ready for a long time so they’re pleased that they’ve managed to acquire a full banking license. D’Ammassa added that he believes his firm is “well placed to look beyond the near-term challenges of COVID-19 to support [their] dealer and manufacturer customers in the knowledge that [they] will have an additional, and sustainable, funding source in place.”

Established in 2016, DF Capital began offering lending services back in 2017. The company was able to successfully grow its operations that year and was managing £30 million in assets by the end of 2017. DF Capital Holdings then managed to get listed on the London Stock Exchange Group’s (LSEG) AIM market in May of last year.