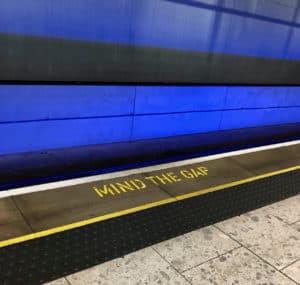 The UK’s Financial Conduct Authority (FCA) recently issued a warning regarding Fintech firm Lanistar Ltd. The financial regulator has cautioned that they believe the company has been offering financial products or services in the UK without its authorization.

The FCA noted that would-be investors must be “especially wary” of dealing with this unauthorized company and need to protect themselves from “scammers.”

The FCA pointed out on its official website that nearly all companies and individuals “offering, promoting or selling financial services or products” in the United Kingdom are required to obtain approval and authorization from the regulator.

But some of these companies choose to act without the agency’s authorization and “some knowingly run investment scams.” The FCA confirmed that Lanistar is not authorized by the regulator and has been targeting consumers based in the UK. The FCA further noted that “based upon information we hold, we believe [Lanistar] is carrying on regulated activities which require authorization.”

Going on to share additional information about Fintech firm Lanistar, the FCA mentioned that the company is registered at the office address: 361 King Street, London, England, W6 9NA. Its official website is: https://www.lanistar.com. The company’s email on record is: [email protected]

“Be aware that scammers may give out other false details or change their contact details over time to new email addresses, telephone numbers or physical addresses. We strongly advise you to only deal with financial firms that are authorized by us, and check the Financial Services Register to ensure they are. It has information on firms and individuals that are, or have been, regulated by us.”

The FCA also stated that if a company doesn’t appear on the Register they’ve shared, but still tries to claim that it does, then you can contact the regulator’s official Consumer Helpline on 0800 111 6768.

The FCA has shared additional steps consumers can take in order to avoid scams and unauthorized companies, which are available here.

The warning from the FCA has come only a few days after Lanistar appeared to have paid several social media influencers which included Love Island contestants and even drag queens so that they would promote the upcoming launch of Volt, which is promised to be “the world’s most secure card.”

Established by entrepreneur Gurhan Kiziloz, Lanistar claims that it will be offering a new debit card that will connect with multiple bank cards to help people with better managing their money. The cards will reportedly use “polymorphic” technology and will leverage Open Banking.

Lanistar had noted in March 2020 that it was holding discussions with the FCA about acquiring a banking license so that it would be able to begin offering services later this year. But the company has not been awarded a license.

Kiziloz has claimed that he will be building out a Unicorn or business valued at £1 billion or more and that there would be around 400 employees on the company’s payroll.

But Lanistar reportedly failed to acquire a £15 million investment from Milaya Capital, which would have effectively given the VC firm a 10% stake in the Fintech firm. Lanistar claims that it acquired the funding from Kiziloz’s family members.

In response to the FCA’s warning, Lanistar has stated:

“Lanistar Limited (Lanistar) is aware of the Notice in respect of Lanistar which has appeared on the website of the Financial Conduct Authority (FCA) and related press stories. Legal and regulatory compliance are central to Lanistar’s business and we confirm that we are not providing financial services or products without the FCA’s authorization.”

“We have announced our intended future services and we will be partnering with firms that are authorized by the FCA to provide financial services or products. We are in the process of contacting the FCA to clarify the position and will be requesting that the Notice is removed.”