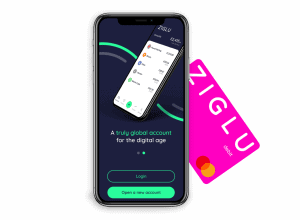 Money app Ziglu says that its equity crowdfunding round is the largest offering on Seedrs for all of 2020. The securities offering closed on Seedrs this past fall.

The Fintech raised over £6 million backed by about 1250 investors. Ziglu set a low-end hurdle of £1 million and topped this target in just three hours. Ziglu raised 500% over their stated goal and now has raised £11 million in total during the year including the initial seed funding round.

“We wanted to give our customers the opportunity to be a true part of Ziglu through ownership. We have been overwhelmed by support for the crowdfunding round, resulting in Ziglu becoming the largest equity campaign on Seedrs this year. Our vision for financial inclusion and community support translates through all our initiatives whether it’s crowdfunding, charitable giving or personal finance – providing fair and equal access to everyone – the same approach we take to crypto.”

The Fintech sector has emerged as a hot crowdfunding market in the UK  largely due to the robust startup sector as well as the ongoing digital transformation in financial services. Ziglu states that it has been classified as a “Knowledge Intensive Company” (KIC) by HMRC, enabling KIC investors to claim tax relief on investments up to the value of £2 million.

John Lake, Chief Commercial Officer at Seedrs, said that Ziglu is an exciting Fintech platform that is changing the way we handle digital and traditional currency:

“We are thrilled to see how engaged Seedrs investors have been with Ziglu’s campaign.”

Ziglu offers both traditional & digital currencies managed in a single app. The platform provides access to digital currencies including Bitcoin, Bitcoin Cash, Ether, Litecoin, and XRP. Ziglu says it has built a bank-grade platform in the cloud from scratch that provides currency transfers and payments at competitive rates. Ziglu is authorized by the FCA as an Electronic Money Institution (EMI) and is one of the first digital currency companies to be registered under the UK’s Money Laundering Regulations.

Ziglue was co-founded by Mark Hipperson the former CTO and co-founder of Starling Bank – a leading challenger bank.

While COVID initially hit the pause button on most sectors of industry, online capital formation, and Fintech in general, have experienced a pretty strong year.