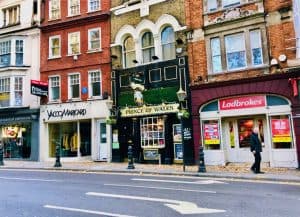 As noted in a blog post by iwoca, the company’s “SME Expert Index” is described as “an exclusive” index that includes UK brokers which “gives specialist insight on the health of small business lending.”

As explained in an note shared with Crowdfund Insider, the findings will be looking at key trends seen in the “types” and the “value of finance” that’s being accessed by small businesses, and “provide a regular snapshot every second month on what is driving SME owners to borrow.”

The update also mentioned that these findings reveal just how these patterns will or are expected to change as the country recovers from the COVID-19 crisis.

Some of the main findings from the inaugural index are as follows:

As noted by iwoca, their new SME Expert Index, which covers a 4-week time period in January, found that 41% of brokers said “the most requested reason for applying for unsecured finance was to ‘manage day to day cash flows’.” One in four brokers or around 25% said that to ‘grow the business’ was “the most common purpose for a loan, whilst 20% suggested that bridging cash flow gaps was the key driver behind finance applications.”

As mentioned by the iwoca team:

“These results – which we’ll publish every second month – suggest that small business owners are using finance for short-term means rather than long-term projects, and may reflect the wider uncertainty in the economy at the time as businesses look to shore up their finances rather than invest for growth.”

Despite the application deadline for the Coronavirus Business Interruption Loan Scheme (CBILS) now having ended, the overall demand for the government-backed loan scheme “remained relatively steady in January compared to the previous month; 57% of brokers said it was broadly the same.” One in five (or about 18%) brokers “submitted more applications for the scheme in January than in December, whilst one quarter reported that they had submitted fewer applications,” the update from iwoca revealed.

But brokers indicate that the demand for unsecured finance from small business owners “rose slightly in January compared to December, with over one third of respondents (36%) stating that they had submitted more applications to lenders compared to 18% who had submitted fewer,” the announcement noted.

Brokers also found that those applying for CBILS were seeking to borrow “towards the lower end of the range available.” The vast majority or 92% of applications submitted in January “were for £250,000 or less, with two-third of submissions ranging between £150,001 and £250,000,” the iwoca team noted while adding that this stayed “consistent with the previous month, with 66% of respondents noting that the average loan request was the same as December.”

“In the unsecured lending space, two-thirds of brokers said that ‘speed of receiving a decision’ was the factor which most often played a part in deciding which lender to send a submission to, ahead of whether the amount requested met the lender’s offering (56%). Incidentally, 26% of brokers sent more CBILS applications to non-bank lenders in January compared to December (13% sent fewer), which may reflect our findings of the importance of speed in the unsecured lending space.”