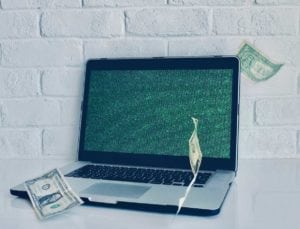 A recent post on Raidforums, a marketplace for purchasing and selling stolen data, has claimed that it has the personal details from millions of users on Paxful, a leading peer to peer Bitcoin (BTC) and Ethereum (ETH) exchange. However, Paxful‘s management stated that they’re false claims because all of their users’ private information has not been leaked and user funds are safe as well.

A Paxful representative noted that customer data had not been leaked or compromised. Paxful also confirmed that it’s carefully investigating whether some of its workers’ data could be at risk due to the incident.

Somebody with the username “mafufi” reportedly posted the allegedly fake listing at about 2AM EST on April 9, 2021 while demanding 1 Bitcoin or BTC (for the information), which is worth about $60,000 at current prices. The bad actor claims to have a database that includes the first name, last name, date of birth, gender, address, phone number, email and passwords of around 4.8 million Paxful users and workers.

A sample of the data (most likely fake) was posted on the Raidforums listing. It reportedly includes Paxful.com’s official email addresses or various other providers with “Paxful” being part of their handles.

Paxful’s management noted that the data had been acquired in an illegal manner from a third-party supplier that the P2P exchange had been using before (but Paxful claims it no longer uses the service). The P2P crypto exchange confirmed that the contract with the provider was terminated in September of last year.

Ray Youssef, CEO at Paxful, has addressed these issues as well.

“1 btc for millions of users? We get this leak spam all the time. Always fake. No user data leaked. However still confirming if some employee data was leaked from 3rd party payroll site. Stay tuned. All identities safu!”

For full transparency. Here is more proof that the supposed “leak” was a scam. The forum poster is a proven scammer and the DB structure he has is not ours. Paxful is safe. Funds and all ID KYC are Safu indeed! pic.twitter.com/knkzph5RNK

According to a release shared with CI,  Indian crypto exchange BitBns partnered with Paxful earlier this year. Paxful allows users to deposit Bitcoin, Ethereum, and stablecoin Tether (USDT) in order to transact via the Paxful marketplace. Millions of users globally are now using 300+ payment methods offered by the platform to conduct secure transactions..

BitBns claimed in February that it wants to launch its services globally with assistance from Paxful. Paxful is currently being used by consumers and businesses in the UK, China, Australia, Canada, India, Japan, Mexico, Brazil, Russia, and many other countries.

As noted in the update, the proposed partnership “aims to help people from the supported countries by introducing the fiat deposit feature where one can buy cryptocurrency in exchange of fiat the [customer] deposits at BitBns.”