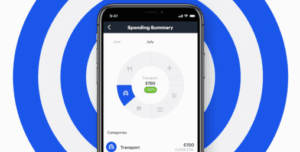 ARK acquired 187,078 shares of Coinbase, which launched its public offering on Nasdaq (on April 14, 2021). ARK’s purchase is valued at almost $64 million at the closing price of $342 that trading day.

ARK also sold 134,541 shares of Tesla, worth about $99.5 million at the end of the trading day (on Friday). However, Tesla remains the company’s largest position in terms of total value when compared to all its major holdings.

The funds that were added to were the ARK Innovation fund (ARKK.P), the Next Generation Internet ETF (ARKW.P) and the Fintech Innovation ETF (ARKF.P).

ARK’s strategy involved selling its Tesla shares from its main ARK Innovation Fund and also its Next Generation Internet ETF.

ARK’s additional investment in Coinbase shares has given the firm more indirect exposure to digital currencies. But ARK is still a major investor in tech giants such as Tesla, which has also invested $1.5 billion Bitcoin and has starting taking BTC as payment for its vehicles.

As covered, leading digital asset exchange Binance may add stock tokens Coinbase (COIN), after Tesla (TSLA). Binance said that the first stock tokens on Binance “will be of Tesla Inc. (TSLA), which will have a minimum trade size of one-hundredth of a stock token, representing the same fraction of a Tesla share.”

Binance also revealed that the next stock token, Coinbase (COIN), will be open for trading (for the COIN/BUSD pair) at some point in the foreseeable future.

As reported, Coinbase closed its inaugural trading week at a valuation of around $63 billion after opening higher than its reference price on the NASDAQ this past Wednesday. At one point, Coinbase was valued at over $100 billion.

Of course, there has been a lot of commentary about Coinbase becoming a publicly-traded company – the first crypto exchange to do so in the United States. As was previously reported, when Coinbase launched its business concept back in 2012, it appeared to be more than a longshot as there was only a single digital asset – Bitcoin – that was valued in total at only tens of millions of dollars.