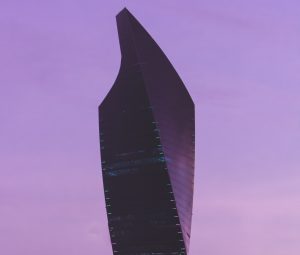 Kuwait Finance House (KFH), the nation’s first banking institution operating in accordance with the Islamic Shari’a, has introduced a digital wallet service that is being supported through smartphones (and even smart watches).

KFH, which is listed on the Kuwait Stock Exchange, with a market cap of $8.2 billion and assets totaling $55 billion+ and deposits of over $34 billion, revealed that the digital wallet is being offered with assistance from Samsung, Fitbit and Garmin.

The holders of KFH Visa ATM, credit and prepaid cards and also Mastercard cards (except ATM) now have the option to try out payments with the wallet – which is reportedly compatible with NFCs locally and internationally.

Talal Al-Arbeed, the Group Acting Deputy General Manager Cards, at KFH, confirmed that the new service is free to use.

KFH’s management noted that they’ve decided to “expand the horizons” of this new service to include smart watches. The new payment option is being launched due to growing demand fromt clients, the announcement revealed.

Al-Arbeed also mentioned that card holders of KFH Visa and Mastercard, who carry smartphones and watches, may use the digital wallet service, but only after completing the identification and registration procedures. He added that the new service will be offered soon to Mastercard ATM card holders as well.

The customer may, within just a few minutes, complete a few simple steps in order to identify the cards on the smartphones and watches (compatible with Garmin, Fitbit and Samsung systems).

It’s worth noting that Kuwait has one of the largest (proven) oil reserves in the world. The Middle Eastern nation also has the world’s strongest or highest-valued currency. The Kuwaiti Dinar (KWD) is currently worth $3.35 after dropping from around $3.29 at the start of COVID (March 2020) to below $3.20 for 1 KWD.

Kuwait also has a relatively large expat population including professionals from the US, UK, Europe, and many other areas across the globe. The country has managed to establish one of the world’s largest sovereign wealth funds as well.

Kuwait is also home to many young and tech-savvy professionals who are now more inclined to use all-digital platforms and services, including Fintech apps for purchasing items via e-commerce sites.