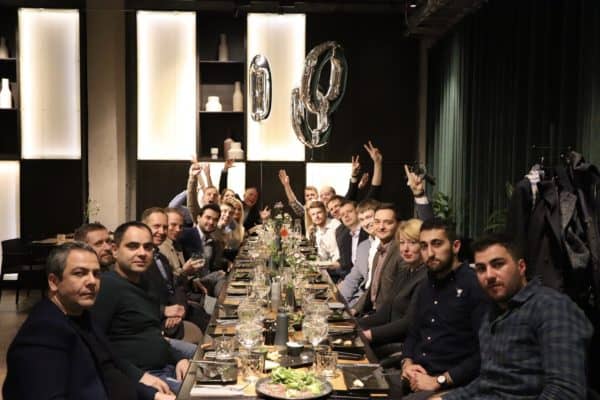 EstateGuru, an online lending platform that offers retail investors the ability to back loans secured by property, has closed its securities offering on Seedrs having raised €1,393,817 from 938 investors in just nine days on Seedrs – closing ahead of schedule. As was previously reported, EstateGuru hit its initial hurdle of €500,000 in a few hours on the crowdfunding platform.

EstateGuru is offering equity in the company at a pre-money valuation of €49 million.

“We expected positive investor interest and realistically hoped that we would reach our maximum target ahead of schedule, but the overwhelming response to the campaign took even us by surprise. To reach our maximum target in just 4 days of a 40-day campaign is a proud moment and shows that our business model and growth plans have struck a chord with investors who share our optimism about the alternative finance industry. Now, of course, we have to reward that investor faith by taking the company to new heights and delivering on our roadmap of success. The key focus for the rest of this year will be on securing institutional investors, broadening our technological solutions, and maintaining or exceeding our historical growth pace. We have plans to launch in two new markets, develop an API powered investment app and integrate other market participants in our platform.”

Pärtel added that it was important to involve their existing community of platform investors in the funding round. He said that rather than institutions or venture capital, they believe in the power of the community.

The company says that the new capital will be utilized in three areas: geographical expansion, delivering an ambitious technology roadmap, and developing the area of capital markets and institutional investments. Like many securities crowdfunding platform, to better scale it is vital to engage with institutional money instead of only soliciting individual investors.

EstateGuru, which is based in Estonia, has launched operations in Finland and Germany, and now has team in Amsterdam.

EstateGuru is a lending platform that lists collateralized loans to investors. The average historical interest rate stands at 11.4%.

Importantly, EstateGuru reports there has been a €0 loss of capital for investors.

EstateGuru has originated €340 million of SME loans and claims over 80 000 investors from 100+ countries.