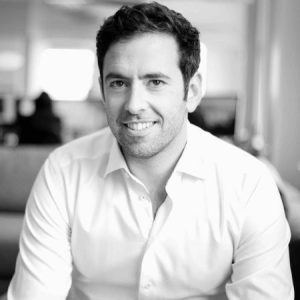 The Global Blockchain Business Council (GBBC), an established global industry association for the blockchain or distributed ledger tech (DLT) ecosystem, announced on Thursday (June 10, 2021) that Yuval Rooz, Co-Founder and CEO at Digital Asset, has been appointed to join its Board of Directors.

As confirmed in a release shared with CI, Rooz’s appointment to the Board will be “formally ratified” at the next meeting of the GBBC’s General Assembly in September of this year. The GBBC has also announced that Digital Asset, the creators of Daml, a multi-party application platform, has “become a GBBC Leadership member.”

“At this membership level, Digital Asset will work closely with GBBC on several strategic initiatives, including GSMI 2.0, a continuation and expansion of the first comprehensive effort to map blockchain and digital asset standards and regulation globally.”

David Treat, Senior Managing Director, Co-Lead of Accenture’s Global Blockchain Business and Board Chair of the GBBC, noted that Yuval’s valuable insight and extensive experience in the DLT sector is an “excellent” addition to the GBBC’s Board of Directors.

Treat added that “central” to the upcoming wave of innovation will be more “collaborative” ecosystems and under Yuval’s leadership, Digital Asset has been a “critical driver” to creating “seamlessly interconnected” business networks.

“I know Yuval will help the association in driving the potential of this technology across industries. At Accenture we believe this technology opens up a whole new range of game-changing opportunities for our clients when the right value drivers are identified.”

As Co-Founder and Chief Executive, Rooz has helped with building Digital Asset into a leading enterprise blockchain firm, “tripling its customer base and doubling its partner ecosystem” last year.

This year, Rooz led the firm through a $120 million Series D round in order to expand the Daml data network. Today, major organizations across the globe depend on Daml to transform “disparate silos” into “synchronized” networks, “eradicating latency and errors by guaranteeing consistent data,” the announcement noted while adding that Digital Asset’s client base includes organizations across financial services, healthcare, and insurance industries.

“I have admired the work Sandra Ro and the GBBC team have done to drive blockchain adoption across a number of industries. From programs that support the UN Sustainable Development Goals to launching initiatives for universal standards across blockchain projects, the GBBC has become the go-to organization to facilitate dialogue and collaboration across the blockchain ecosystem. I am excited to join the Board of Directors at the GBBC and look forward to contributing to their key initiatives.”

“We are delighted to name a recognized leader in the blockchain space to GBBC’s Board of Directors. Yuval brings leadership in driving a new mindset for creating a global economic network based on fully interconnected systems enabled by blockchain to the GBBC. We look forward to working with Yuval and the team at Digital Asset to advance the business of blockchain, and further industry efforts to enhance interoperability and develop standards.”

As noted in the release, the Global Blockchain Business Council (GBBC) is the “leading” global industry association for the blockchain ecosystem with over 250 institutional members, and 130 Ambassadors from over 70 different jurisdictions and disciplines.

GBBC is “dedicated to furthering the adoption of blockchain through engaging regulators, business leaders, and global changemakers on how to harness this groundbreaking technology to create more secure, equitable, and functional societies,” the announcement noted.