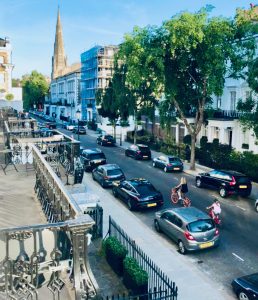 The team at UK-based Blend Network, a peer-to-peer lending platform, notes that recent market developments in the United Kingdom have seen investors preparing for expected growth and may also want to watch out for inflation.

As mentioned by Blend Network, headlines and concerns regarding inflation have become a lot more frequent as investors “look to potential sources of yield to invest their money.” And housing prices in the UK have “continued to go from strength to strength in a move that now looks sustainable in the short-term – even over the next four years, according to a report by Capital Economics” (that was referenced by Blend Network).

Earlier this month, the UK had reported “zero daily deaths from Covid-19 for the first time since the start of the pandemic in March last year,” the Blend Network team wrote in a blog post while adding that the UK’s vaccine roll-out has “been a stellar success.” More than 75% of adults had “received at least one jab as of early June.”

Although the Bank of England (BoE) deputy governor had stated that the bank was closely watching the nation’s “booming” housing market, as it “weighs up the possibility that a rapid recovery from the Covid-19 pandemic might lead to a sustained period of inflation.”

Blend Network further noted that the European Union’s annual rate of inflation surged to 2% in May 2021, surpassing the European Central Bank’s (ECB) target of “below, but close to 2%”, for the first time in over 2 years. The company pointed out that in Germany, it “hit 2.4% (up from 1.6% at the start of the year).” The ECB and the US Federal Reserve have both “insisted that surging prices are temporary and will eventually ease.”

As noted by Blend Network:

“In its latest outlook the OECD forecast the world economy to grow by 5.8% this year, a sharp upward revision from its prior estimate. The success of vaccine rollouts across the rich world and huge stimulus programs have helped improve global prospects . UK retail spending has soared as the economy reopens. April sales jumped 9.2% month-on-month after rising 5.1% in March. Clothing sales soared by almost 70%.”

While commenting on the real estate sector, Blend Network noted that the average UK house price “soared by 10.9% year-on-year in May, the largest increase seen since August 2014 and only the fourth biggest increase over the past decade.”

According to available data shared by the P2P lender, “the price of the average UK house has soared by almost £24,000 over the past twelve months and by nearly £12,000 in the year-to-date.”

Blend Network also noted that the number of housing transactions have “seen a huge increase in recent months: transactions plunged to a record low of 42,000 in April 2020 but reached a record high of 183,000 in March this year following a steady recovery throughout the summer and especially during the period leading up to the expected end of the stamp duty holiday.”

“Investors have started to pour cash into dividend stocks as the economic recovery gathers pace . In all but two weeks since the beginning of March, there were net inflows to global dividend funds, reversing months of mostly outflows. For the week ending 2 June, global dividend funds pulled in $675m alone.”

Going on to provide a summary on FX and commodities, Blend Network stated in their report:

“Rising energy costs are a big factor driving inflationary pressures … Petrol prices reached a seven-year high in the US earlier in June and there is little sign of prices easing in the near future. In early June, Brent crude reached over $70 a barrel for the first time in two years, after OPEC+ (which includes Russia) signaled that the demand for oil will increase later this year. The glut of oil that kept prices low before the pandemic has diminished enough to encourage OPEC to raise output.”

The team at Blend Network recently noted that many investors on their platform will know or are aware that they have a secondary market feature that lets lenders sell their loan parts “prior to the loan maturity.”

The Blend Network team recently answered common questions around this new feature and how to use it properly. While explaining what a secondary market is, the P2P lender noted that it’s a feature provided by Blend Network that allows investors to “sell all or part of their loan to other investors prior to the loan maturity.”

Earlier this month, Blend Network revealed that they funded their “largest-ever” project to date, a £5,630,000 Gross Development Value (GDV) project based in Dorset.

As mentioned in a note shared with Crowdfund Insider, Blend Network “agreed a £3,460,000 total net lending facility (23-months) to facilitate the development of a property into 15 apartments in Ferndown, Dorset.”