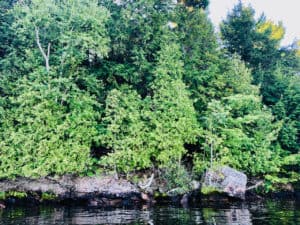 Pine Labs is raising more money, according to a statement from the firm. Pine Labs says that Fidelity Management & Research Company, funds managed by BlackRock, Ishana, Tree Line, and a fund advised by Neuberger Berman Investment Advisers LLC are all participating in the funding.

IIFL AMC via its ‘Late-Stage Tech Fund’ and Kotak are also joining in, subject to approval from the Securities and Exchange Board of India (SEBI), bringing the total round size to over USD$ 600 million.

Pine Labs is a (EBITDA) profitable commerce platform operating in Asia. Pine Labs serves both large and SME firms across Asia and the Middle East. The company offers both online and in store services as well as credit features to allow consumers to pay later.  Over 6 million consumers across 40,000+ merchant establishments now have access to the company’s Fave app – which was acquired in April 2021.

Fave is currently operational in 35 cities across Malaysia, Singapore, and Indonesia and will soon be launching in India. Incorporated in Singapore, Pine Labs’ key investors include Sequoia India, Actis Capital, Temasek, PayPal and Mastercard.

B. Amrish Rau, CEO of Pine Labs, says that during the last year, the company has mad progress in its “Offline to Online strategy in India” and the direct-to-consumer play in Southeast Asia.

“Our full-stack approach to payments and merchant commerce has allowed us to grow in-month merchant partnerships by nearly 100% over the last year. We are excited to bring on board a marquee set of new investors in this round and appreciate the confidence they have placed on the Pine Labs business model and our growth momentum.”

“The company now serves hundreds of thousands of merchants across payments acceptance on cards and UPI processing tens of billions of payment volume; the company also has the market leading PayLater offering with ~$3B in annualized PayLater transactions. Through its acquisitions of QwikCilver and Fave, Pine Labs now has the market leading pre-paid platform in this region as well as the top consumer loyalty product in this market. With leadership across multiple categories, the company is very well positioned to help drive immense value to its merchant partners in India and across other SEA markets.”