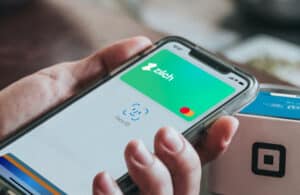 Zilch, a buy now, pay later (BNPL) platform has raised an additional $110 million in both debt and equity capital as part of an extended Series B funding round. In total, the London-based Fintech has raised $200 million making it one of the largest European funding rounds this year. A note from Zilch said the company was fast approaching unicorn status.

In April, Zilch announced the Series B round indicating its goal of expanding into Europe as well as the USA. At that time, Zilch said it was valued at $500 million.

The additional capital has been delivered by Goldman Sachs and DMG Ventures (the venture capital arm of the Daily Mail and General Trust plc).

Philip Belamant, founder and CEO at Zilch, said as their customer numbers continue to grow, they have taken the decision to raise additional capital to service the demand.

“As Zilch continues to scale at pace, we’re delighted that well-respected institutions such as Goldman Sachs and DMG Ventures share our vision of what credit should be in today’s world and how that can be delivered directly to customers in the most responsible way. By putting our customers first and building direct relationships with each of them, we are doing something no one else in the industry has done before.”

Pankaj Soni, Executive Director at Goldman Sachs Asset Management, shared that they have been tracking Zilch’s progress over the last 12 months and are impressed the approach that the company has taken to build its offering.

“We are delighted to be supporting their growth and look forward to build on our relationship in the coming years.”

Zilch’s BNPL product allows its customers to shop wherever MasterCard is accepted and spread their payment over six weeks for zero interest and zero fees. The direct-to-consumer model is said to allow Zilch to build direct relationships with its customers. Zilch said that it has been able to scale significantly faster than its competitors.

Zilch touts the convenience of its Tap and Pay-over-time feature. Zilch aims to become the largest BNPL player in-store in the UK without the need for either bar codes or QR codes.

Manuel Lopo de Carvalho, CEO of DMG Ventures, said the pace of what Zilch has achieved is phenomenal:  “the level of adoption Zilch has seen this year alone is remarkable.”