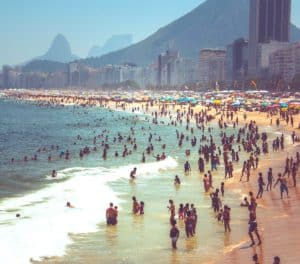 Brazil-based Nubank has led a $45 million Series B funding round in yet-to-be-launched Indian neobank Jupiter. Global Founders Capital, Matrix Partners, and Sequoia Capital also participated in the round along with existing investors Addition Ventures, Tanglin VC, 3one4 Capital, Greyhound, and Beenext.

Founded by Jitendra Gupta, a serial entrepreneur and founder of Citrus Pay, PayU India acquired Jupiter is now valued at $300 million. The Mumbai-based startup is set for a mega launch by next month but has already garnered enough buzz and interest among Indian consumers.

According to a MoneyControl report in June this year, Gupta mentioned that the neobank already had got 30,000 sign-ups in three weeks of its beta launch, which showed enthusiasm and optimism among the young consumers. The company is looking to onboard 100,000 customers post the final launch.

Gupta, who is fairly responsible for the success of PayU in India, quit the company in mid-2019 to start Jupiter that has now developed simple banking features such as savings account to simplify money management. While the company positions itself as a 10% digital bank offering, buy now pay later options on UPI, an interface developed by the National Payments Corporation of India for faster, secure, and smoother transactions through an email address-like account.

Nubank’s Founder, David Velez, said that it shares the same mission as Jupiter in creating the best experience possible for its customers and curb the bureaucracy and other hindrances in the current system. He further added that through the investment, Nubank aims to support Jupiter in its growth path.

Lately, neobanks have been quite a rage in India and across the world. Most of these banks provide a seamless and branchless banking experience that attracts a lot of youngsters to open accounts with such banks instead of legacy-driven traditional banks. Jupiter also targets customers aged 18-35 who want their banking apps to be more than just a savings account. Besides, these neobanks are also helping most first-time borrowers without a credit score, which turns out to be a big positive for the neobanks.