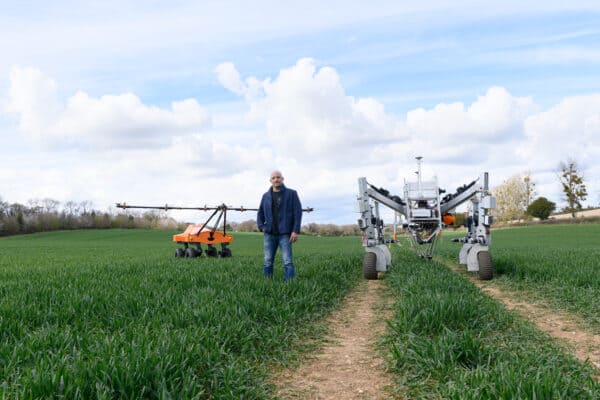 Small Robot Company (SRC) has raised £4 million in a securities offering on Crowdcube. The company has now secured  £11 million in funding to date.

The company reports that over 2600 retail investors backed the campaign, with the initial target of £2 million raised on the day of launch. The offering doubled its funding target closing early.

“This funding round is transformative to Small Robot Company. The 2600 investors have provided us with the resources to deliver on our promise, to both farmers and corporate customers. It is proof, not only that Small Robot Company is technically capable of delivering the change that farmers need, but that there is overwhelming public and industry support for delivering our vision, and the need for per plant farming in the food system of tomorrow.”

The new funding is expected to finance SRC’s service for farmer and corporate customers with Per Plant data, and commercialization of its Per Plant Action capability.

Barrie Hepstonstall, Small Robot Company CCO said the crowdfunding round will accelerate delivery to farmers, but also enable a greater number and range of projects.

Small Robot Company’s mission is to maximize food production while reducing its cost to the environment. Using robotics and artificial intelligence, SRC says it has created an entirely new model for sustainable, efficient, and profitable farming. Its farmbots Tom, Dick, and Harry will plant, monitor, and treat arable crops autonomously, with minimal waste.

The precision farming market is a huge global opportunity says the company pointing to a prediction that the market for digital agricultural technology will be $240 billion by 2050, up from just over $5 billion today.

Small Robot Company has now secured £11 million in funding to date, including £9.4 million from its previous Crowdcube rounds, and £1.56 million in government Innovate UK grants. This includes an £800,000 grant for its ‘Wilma’ artificial intelligence weed recognition and ‘Tom’ weed mapping technology.

“I do seriously believe that Small Robot Company’s technology is going to deliver a step change in how we farm and how we think about farming in the future. And if you want to be part of that journey, then there’s no better way than to invest in the small robots and come along with it. Small Robot Company’s impact is still resonating out and they could have a profound impact on how this industry shapes up.”