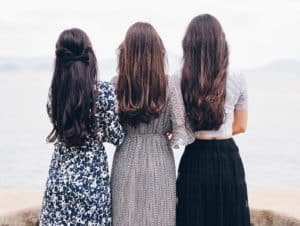 Women Returners and Innovate Finance have teamed up to establish a cross-company returner program, which aims to encourage professionals to try re-entering the Fintech industry after long-term or extended career breaks.

UK’s digital bank Starling, Fintech Unicorn Klarna and PrimaryBid will reportedly take part in the initiative. The will provide 6-month returnship placements in Cardiff, London and Southampton, starting from January 2022 for qualified applicants who might have been away from the Fintech industry for 18 months (or longer).

The program launch page notes that workers might have taken some time out to attend to their  children or elderly/sick relatives, “for relocation, for a personal health issue or for other reasons.”

It also mentions that professionals might have been working “on a small-scale basis to fit around [their] other commitments or have not done any paid work for a number of years.”

Working consistently toward gender equality is now a key priority across the Fintech industry, which sees a considerable gender pay-gap as well as a general lack of diversity – especially at the senior management levels.

Finextra reported that the gender pay gap may be prevalent at some of the United Kingdom’s most established financial services firms such as GoCardless, Monzo, and Wise. These Fintechs may have fallen considerably below the country’s average of male-to-female median hourly compensation rates.

Starling Bank, however, is reportedly above the UK national average (for every sterling pound a male worker earns, a female professional gets 0.84 pounds).

In an interview with Finextra, Starling Bank CEO Anne Boden noted that addressing the significant gender pay gap doesn’t really have a single solution. She believes that work on all fronts is required, including paying women professionals fairly. Women should also be encouraged to work consistently so that they’re able to serve in key leadership roles and technical jobs that provide good salaries.

The Fintech Cross-Company Returner Program Insight Event will be taking place on September 23, 2021. Professionals may register at this time, so they can attend. The program’s application process is scheduled to start this month.