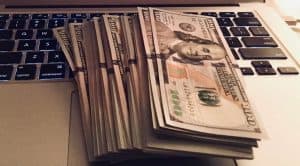 The Securities and Exchange Commission has filed charges against a quant analyst for “perpetrating a years-long front-running scheme that generated illicit profits of at least $8.5 million.” Sergei Polevikov, who worked at two asset management firms, allegedly abused his position to benefit from information he had access to by trading ahead of large trades.

According to the SEC’s complaint, from at least January 2014 through October 2019, Polevikov had access to real-time, non-public information about the size and timing of his employers’ securities orders and trades, and used that information to secretly trade on, and ahead of, his employers’ trades.

Allegedly, Polevikov bought or sold stock on the same side of the market as his employers before his employers executed trades in the same stock for their fund clients. Polevikov typically would close his positions the same day as he opened them, capitalizing on the price movement caused by the large trades. The SEC alleges that Polevikov concealed his actions by executing the trades in the account of his wife, Maryna Arystava. Polevikov’s trading activities apparently consistently generated small profits that added up to a total of at least $8.5 million over time.

The investigation originated from the SEC’s Market Abuse Unit’s Analysis and Detection Center, which uses data analysis tools to detect suspicious patterns, such as improbably successful trading across different securities over time.

“As alleged in our complaint, Polevikov abused his position as a quantitative analyst and his employers’ trust by repeatedly trading ahead of large trades that the firms placed for advisory clients,” said Joseph G. Sansone, Chief of the SEC’s Market Abuse Unit. “Although Polevikov allegedly tried to hide his misconduct by using his wife’s account, SEC analysts were able to uncover this deceptive scheme by identifying a consistent pattern of profitable trading in coordination with the employers’ trades.”

In a parallel action, the U.S. Attorney’s Office for the Southern District of New York today announced related criminal charges against Polevikov.

The SEC’s complaint charges Polevikov with violating the antifraud and reporting provisions of the federal securities laws and seeks disgorgement of ill-gotten gains plus interest, penalties, and injunctive relief. The complaint also names Arystava as a relief defendant.