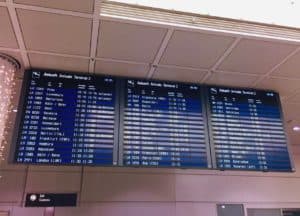 The Kava 9 mainnet upgrade is coming, and it’s bringing several key changes aimed at further expanding the Kava Ecosystem by adding more ways for users and projects to bring their assets to Kava.

As mentioned in a blog post by the team at Kava Labs:

“Chief among these is the upgrade to version 44 of the Cosmos SDK, which will implement the Inter-Blockchain Communication Protocol (IBC).”

This will allow holders of all IBC-enabled assets to easily bring their assets to Kava and “earn with them on Kava’s best-in-class products.”

Existing Kava users will also “gain access to an array of new in-demand assets to use in the Kava Ecosystem,” the announcement noted while adding that the targeted launch timeframe for the Kava 9 upgrade “is late Q4 2021 to Q1 2022.”

The Kava 9 mainnet upgrade includes a number of useful features that should help with preparing the Kava Ecosystem “for massive growth in 2022 and deliver quality-of-life improvements for Kava users at launch.”

As a Layer-1 blockchain developed using the Cosmos SDK, it has been a goal to “integrate IBC and unlock the benefits of Kava for a wider audience since its launch in March,” the platform’s developers noted.

As with all things that Kava does, “ensuring the security and stability of any major change is the top priority.” With Kava 9, the infrastructure will be “in place to integrate safely and begin connecting to the Cosmos ecosystem without putting users at risk,” the developers confirmed.

“This is a huge step for Kava, as it will mean unlocking the ability not only to bring assets from IBC-enabled chains onto Kava, but also to easily move $KAVA, $HARD, and $SWP off Kava to be used on other chains. This will provide a number of new onramps to the Kava ecosystem, new earning opportunities for users of the Kava Platform, and new utility for the existing native Kava assets.”

One of the key benefits of the IBC integration will be “the ability to bring IBC assets onto the Kava Ecosystem and earn with them in Mint, Lend, and Swap.” The developers further noted that this includes $ATOM, $OSMO, $AKT, and more. This will “create new ways for users to onboard to the Kava Ecosystem and offer a more diverse set of earning, lending, and borrowing options on the platform,” the development team explained.

“At launch, no new assets will be enabled on the Kava Platform. Shortly after launch, multiple proposals will be put forward to the governance of the platform and the individual protocols to determine which IBC assets will be integrated into each protocol.”

Potential uses for IBS assets will be:

Kava Launchpad is reportedly among the first major steps to “opening the Kava Ecosystem up for new projects to onboard.”

It will allow projects to acquire funds and enhance their brand awareness prior to launch by “distributing tokens as rewards to $KAVA stakers.” These will function in the same way that $KAVA rewards do now, “with users selecting a vesting period in the web app and claiming rewards as they do with $HARD and $SWP,” the update noted.

Any tokens that are launched on the Kava chain via Kava Launchpad “will also be added to Swap so that users can trade and stake them as with any assets on the Kava chain.” In the future, Kava may also “incentivize certain Swap pools or Lend in the same way to distribute new assets and accelerate liquidity for new projects,” the announcement revealed.