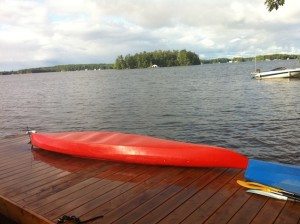 Neo Financial, a Canadian fintech based in Winnipeg, Man., has made great strides since its founding in the fall of 2019. This week Neo Financial received $1.6 million from the Province of Manitoba’s Industry Expansion Program to train 300 new and 32 existing employees in research and development, software development and commercialization.

“The technology and financial services sectors are two of the most in-demand industries in Manitoba and North America, in terms of workforce and customer demand,” Manitoba’s Minister of Economic Development and Jobs Jon Reyes said. “Our government’s investment will support the growth of Manitoba’s information, communication and digital technology sector, contribute to our provincial economy, and support our local economy through increased spending on goods and services.”

“With the support of this grant, our team is able to further accelerate our growth and provide world-class training and job opportunities in areas like engineering, product development, creative and design, cyber-security, financial services and financial technology operations,” said Andrew Chau, co-founder and CEO of Neo Financial. “Reimagining the way Canadians bank is no small feat, and the support from this partnership is an important piece in accomplishing that vision.”

It’s been a good few months for Neo Financial. On Sept. 15 they announced the closing of a $64 million CAD Series B round, big numbers for a Canadian fintech. The round was led by Valar Ventures, who also led the Series A. Another participant was Greenoaks Capital, who were early investors in Stripe, Deliveroo, Databricks and Robinhood.

“We’re excited to have partners who share the same ambition and vision for Canada as we do, and the experience building and backing world-class, game-changing tech companies,” the founders said when announcing the move.

Neo Financial has also partnered with iconic Canadian retailer Hudson’s Bay to introduce a digitally-integrated credit card. Users amass Hudson’s Bay Rewards points wherever they shop and pay no over-limit or annual fees. Cashback can also be earned at a large group of retail partners.

“We’re thrilled to announce that we’re teaming up with Hudson’s Bay to offer Canadians a new, digitally-integrated and more rewarding credit card,” Neo Financial said when announcing the move. “By combining our modern fintech solutions with one of Canada’s premier retailers, we are revolutionizing how Canadians get rewarded.”

Neo Financial was co-founded by Chau, who along with fellow co-founder Jeff Adamson were among the founders of food delivery service Skip the Dishes. They are joined at Neo by Kris Read. They are breaking into a Canadian market that is much more centralized than the United States. The top six Canadian banks control 93 per cent of the market.

Over the past year Neo Financial has expanded across Canada to more than 4,000 retail partners. Their savings account provides 1.3 per cent interest and features unlimited, free e-transfers, bill pay, and the ability to move money between banks. Their staff has expanded from 110 to more than 350.

Also in the works are spend insights, customized cards and new rewards partners, the company said.