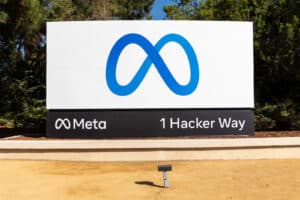 Facebook – Meta (NASDAQ:FB) announced today it will begin testing Split Payments on Messenger next week. They tout it as a method to improve the ability to split bills like dinners or rent.

To begin, users should click “Get Started” in a group chat or on Messenger’s Payments Hub. Once in a bill can be evenly split and each participant’s amount can be modified. Once a personalized message is entered and Facebook Pay details are confirmed the request will be sent and become viewable in the group chat thread.

The move comes several months after QR codes similar to Venmo were introduced on Messenger. Available in the United States, they allow anyone to transmit money via Facebook Pay, even if they are not friends on Facebook. It can be found in Messenger’s settings under Facebook Pay.

The launch of Split Payments comes as Messenger added Venmo-like QR codes for person-to-person payments a few months ago. The codes launched in the U.S. and allow anyone to send or request money through Facebook Pay — even if they’re not Facebook friends. The feature can be accessed under the “Facebook Pay” section in Messenger’s settings, which should be located on the top left of the screen.

A personalized QR code with a user’s profile icon in the middle will appear. Below that will be a personal Facebook Pay UR that can be copied and sent to those a user requests a payment from. The codes do not require a separate payment app, upload process or contract.

Those wishing to send or receive money in Messenger must fulfill several requirements, including being at least 18 and in possession of either a Visa or Mastercard debit card, a PayPal account, supported card or government-issued card. The preferred currency setting must be for American currency. The default payment method can be chosen upon setup completion and users also have the ability to protect payments behind a pin code.