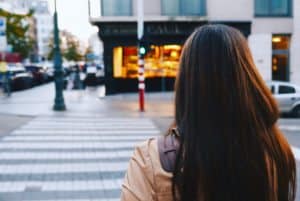 This persistent pension gap, caused by a combination of lower salaries and long career gaps, is a significant disadvantage for women. It suggests as a woman moves closer to retirement she has significantly less savings than a man of a similar age, and may face a less certain financial future. As a woman in her fifties will have less time to reduce the gap than a woman in a younger age bracket, she may have to work longer than anticipated, or become reliant on the state pension to make up for the shortfall.

Yet, despite men’s quarterly contribution amounts and their overall pot size being much larger in value, slightly more women (22 per cent) made contributions to their pension than their male counterparts (19 per cent) in Q3 2021. Notably, a higher proportion of women also opted to keep more of their money invested than men in Q3 2021. Only four per cent of eligible female savers (aged 55 and over) made withdrawals to their pensions in this quarter, compared to 13 per cent of eligible male savers during the same period.

“It’s reassuring to see consumers prioritizing their pensions by increasing their average contributions, and in turn bettering their retirement outcomes,” PensionBee CEO Romi Savova said. “This is particularly encouraging during the extended periods of economic uncertainty we’ve seen in recent years.

“It remains disappointing to see women have significantly less in their pension pots than their male counterparts, and reaffirms the need to tackle wage inequality and offer gender inclusive parental leave. We must continue to encourage female savers to keep paying into their pension, as the more they can contribute today, the more they will be able to improve their quality of life in retirement.”