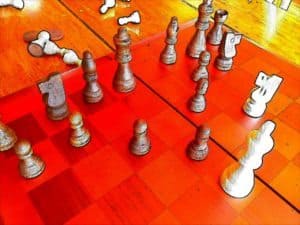 The team at Waves, a blockchain technology platform focused on digital assets, DeFi, and NFTs, recently shared the main takeaways from community discussions during which the Waves ecosystem’s short-term plans and longer-term strategy were revealed.

Waves founder Sasha Ivanov has talked about the Waves ecosystem’s future plans. During the livestream, he reportedly burned 1 million WX tokens that were owned by the Waves.Exchange team, which were “previously locked.”

This comes as a “holiday present” to providers of liquidity to Waves.Exchange pools, as the burning of the tokens will “send the pools’ APYs skyward,” the team at Waves wrote in a blog post.

As mentioned in the update, Waves will “focus heavily on turning into a full-fledged international company.” That’s why they intend to increase their presence in the United States.

As confirmed in a blog post, a U.S. company has “been launched, and the main operations will be run out of the U.S.” For January-February 2022, a “major marketing campaign is planned.”

In 2022, a new network, Waves 2.0 will be launched, which will “be connected to the Waves blockchain by a bridge.” The primary goal will be to “solve the scalability issue,” the update revealed.

As noted in the blog post, special attention will be given to “fostering development activity on Waves.” Currently, negotiations with VCs are in progress “on an investment fund for projects building on Waves.”

Also, an incubator will be launched for U.S.-based developers, and hackathons will be carried out as well. The update clarified that there will be “no rebranding” for Waves, as it’s a strong brand that “doesn’t need rebranding.” However, some products in the Waves ecosystem might be rebranded.

As noted in the update,  a new fee structure for trading operations “will be introduced.” Trading fees “will go up, and the size of fees will depend upon an order’s value: the higher the value, the higher the fee.”

As mentioned in the blog post by Waves, many new trading tools “will be added, such as derivatives and decentralized futures.” And approximately 20 new coins will be “listed to give traders more options.”

The update also revealed that more steps “towards complete decentralization will be made, such as the launch of fully trustless gateways.” Although Waves.Exchange provides a high degree of decentralization, “currently, the gateways are custodial.”

Negotiations “are in progress with a major gaming company to run an IDO on Waves.Exchange in early 2022,” the update revealed while adding that “more IDOs will follow, which will be open for participation to users who have locked their WX tokens.”

Before the year’s end, users will “get an opportunity to deposit just one of the pool assets to,” the Waves team noted in their blog post.

The update also mentioned that “getting USDN listed on Binance is a difficult task, as this stablecoin creates extra competition.” The team added that NSBT-based governance “will evolve, enabling NSBT holders to make major decisions.”

The blog post added that “all major updates related to NSBT will begin to be implemented in January-February 2022.” Swops of Neutrino assets into WAVES “will be governed through NSBT votes.”

The update also noted that “everything related to the Neutrino protocol will be governed through NSBT.” USDN, Neutrino’s flagship stablecoin, “will remain one of the pillars of the Waves ecosystem. Overall, algorithmic stablecoins are the future.”

Synth assets will be “added to the Neutrino protocol.” And the Meta DAO will be “launched to govern the Waves ecosystem.”

The update further revealed that DAO-based governance will be “available for many metaverses.”

Meanwhile, the WCT token will be “revitalized.” In 2022, a new utility for WCT “will arrive,” the developers claim.

They also noted that the Waves Association will be fully decentralized;

The update further noted that a new game, MetaRace, was “launched as part of the Waves Ducks metaverse.” This year, you can expect “more games will follow, as gaming is a very promising area.”

As mentioned in the update, the Waves Ducks metaverse will “further evolve, it will be governed through the Meta DAO.”