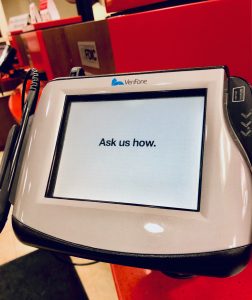 Open Banking is four years old now, however, the team at TrueLayer asks “who’s using it, how is it benefitting consumers and what’s next?”

TrueLayer writes in a blog post that the updated Payment Services Directive (PSD2) came into force “on 13 January 2018, introducing new rules that would kick off an era of open banking in the UK and Europe.”

The TrueLayer team also noted that for the first time, it gave consumers “the legal right to access their payment accounts, through third parties (like TrueLayer).” With consumer consent, these third party providers “could access financial data or initiate payments.”

The extensive update from TrueLayer also mentioned that Open Banking “started gradually, as banks built up the necessary API technology.” Four years later, there “are 500+ open banking providers across the UK and Europe and more than 4 million active open banking users in the UK alone.”

According to TrueLayer, we may evaluate the success of open banking by looking at “the intentions behind the regulatory initiatives, which forced banks to ‘open up’ in the first place.”

TrueLayer pointed out that the main driver for open banking “was EU legislation known as PSD2.” The Fintech firm further explained that this “introduced new regulated activities of ‘account information’ and ‘payment initiation’ and gave consumers the right to use the services.”

According to the EU Commission PSD2’s goal was to: “give consumers more and better choices when it comes to retail payments… [and] consumers would be able to manage their personal finances more efficiently through applications.”

TrueLayer further noted that there was “a complementary initiative in the UK, to require banks to develop common API standards for account access (which would enable PSD2).”

The Competition and Markets Authority (CMA) noted that the aim was to: “Increase consumer engagement by making it easier for customers to see where they could get a better deal.” It also aims to “increase competitive intensity by supporting the growth of technology that can be adopted by banks and non-bank providers to compete to offer new products.”

At the time, the UK regulator, the Financial Conduct Authority (FCA) explained how both initiatives would interact: “As a result of these regulatory initiatives, coupled with technological and market developments, we expect to see better informed and engaged customers that find it easier to shop around and have an enhanced banking experience.”

As noted by TrueLayer:

“2021 saw big improvements in the adoption of open banking services by consumers – and regulatory interventions to improve adoption further. There are now 4 million users of open banking in the UK – or 9% of digital consumers. We predict that 60% of the UK population will have tried open banking by September 2023.”

“Nowhere was growth seen more clearly than in the increase in the number of open banking payments made in the UK. This increased from 1.2 million in January 2021, to more than 3 million a month by the end of 2021. Since the available figures exclude banks like Revolut, which are big users of open banking, this number is likely much higher.”