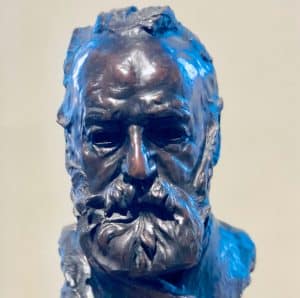 The US Internal Revenue Service (IRS) announced that it will transition away from using a third-party service for facial recognition in order to help authenticate individuals creating new online accounts.

The transition will take place over the coming weeks in order to “prevent larger disruptions to taxpayers during filing season.”

During the transition, the IRS will quickly develop and bring online an additional authentication process that “does not involve facial recognition.” The IRS will also continue to “work with its cross-government partners to develop authentication methods that protect taxpayer data and ensure broad access to online tools.”

“The IRS takes taxpayer privacy and security seriously, and we understand the concerns that have been raised. Everyone should feel comfortable with how their personal information is secured, and we are quickly pursuing short-term options that do not involve facial recognition.”

The transition announced does not interfere with the taxpayer’s ability “to file their return or pay taxes owed.” During this period, the IRS will continue “to accept tax filings, and it has no other impact on the current tax season,” the announcement clarified.

People should continue “to file their taxes as they normally would,” the update confirmed.

As covered recently, criminal investigators at the IRS has noted that virtual currencies and non-fungible tokens (NFTs) are an industry segment that can be exploited by actors engaging in fraudulent activities.

These abusive activities may include actions involving money laundering, market manipulation, and even attempts at tax evasion. It’s worth noting that high-profile celebrities might also get caught up in the IRS‘s extensive investigations.

The cryptocurrency sector has been a serious concern for government entities as they’ve become more widely adopted. Regulatory authorities have been struggling when it comes to effectively monitoring these crypto tokens. During the past few years, regulators have issued many warnings to crypto-related firms like Binance and have cracked down on a wide range of illicit scams involving digital currencies.

Ryan Korner, the Special Agent who’s in charge of the Los Angeles field office at the IRS’s criminal investigation division, noted that they are “just seeing mountains and mountains of fraud in this area.”

The agency is reportedly focused on increasing its collaboration and information sharing efforts with other authorities, which includes the US Department of Justice, in order to ensure the ecosystem participants (including lawmakers) are all on the same page and are ahead of the bad actors, Korner noted.