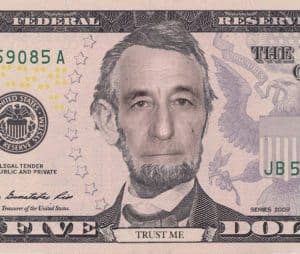 Juniper Research reveals in a recent update that the digital advertising market has reached maturity, after having originated back in 1994.

But the Juniper Research team also notes that the rise of new online platforms and innovative tech seems to have energized the world of digital commerce; offering various opportunities for digital advertisers. As digital ad spend continues to surge, so too will “the number of fraudulent attacks,” the researchers predicted.

Juniper Research believes that “a major issue facing digital advertisers is the problem of fake clicks.” This may considerably affect advertiser return on investment via campaigns, “artificially inflating the perceived success of a campaign.” That is, traffic from bots imitates genuine consumer activity, “although bot traffic cannot be converted into user engagement or sales.”

The report further revealed that the second issue is “a lack of transparency over mainstream digital advertising networks, which compounds the issue of fake clicks.” By using analytics tools that take data from advertising networks such as Google and Facebook, digital advertisers are “only provided with surface-level data, such as the number of clicks achieved through a marketing campaign.” According to Juniper, this does not offer any meaningful insight into whether these clicks “are originating from genuine users, or whether they are generated by bots.”

Therefore, whilst the number of clicks generated by an advertising campaign may be substantial, “the proportion of these clicks coming from genuine users is likely to be much lower.” From this proportion, “an even smaller percentage of users will actively engage with the advert and contact the brand for more information and convert to a sale.”

The report further noted that the third issue “builds on this lack of transparency and involves the quality of data generated by leading digital advertising networks.” It is just not enough for digital advertisers “to look at the number of clicks, as further insight is required in order to determine whether clicks are originating from genuine visitors or bots.”

The report added that within the UK, a number of established brands have “fallen victim to ad fraud in high-profile cases in recent years, including the Financial Times, which became the target of domain spoofing in September 2017 and Virgin Media, which advertised on
sites set up and populated by scraper bots.”

In May 2020, the ISBA (Incorporated Society of British Advertisers) launched its Programmatic Supply Chain Transparency Study, “in association with the AOP (Association of Online Publishers) and PwC, a provider of professional services.”

Juniper Research “anticipates that this unattributable spend is likely due to fraudulent activity and therefore clearly outlines the scale of digital advertising spend.”