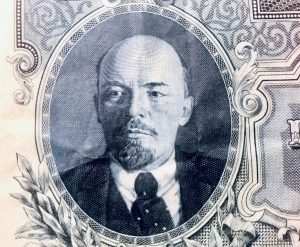 Goldman Sachs (NYSE:GS), the most prominent investment bank in the world, will exit the Russian market due to the unprovoked war with Ukraine, according to multiple reports. Goldman Sachs has had a presence in Russia since 1998.

On the bank’s Russia page it notes that “Goldman Sachs Bank LLC does not carry out any transactions with cryptocurrency (Bitcoins), including purchase and sale transactions and transactions that are derivative financial instruments, and is not related to sites offering such services.”

CNBC quoted a bank spokesperson that said Goldman was winding down its business in Russia “in compliance with regulatory and licensing requirements.”

“We are focused on supporting our clients across the globe in managing or closing out pre-existing obligations in the market and ensuring the well-being of our people.”

The same report estimated that Goldman had about $940 million total exposure including $650 million in credit.

Goldman Sachs is the first large US based bank to exit Russia following Russia’s invasion of Ukraine. A growing list of US companies have announced their intent to cease operations while economic sanctions enacted by the US, UK, EU and other countries have put the entire Russian economy in peril.