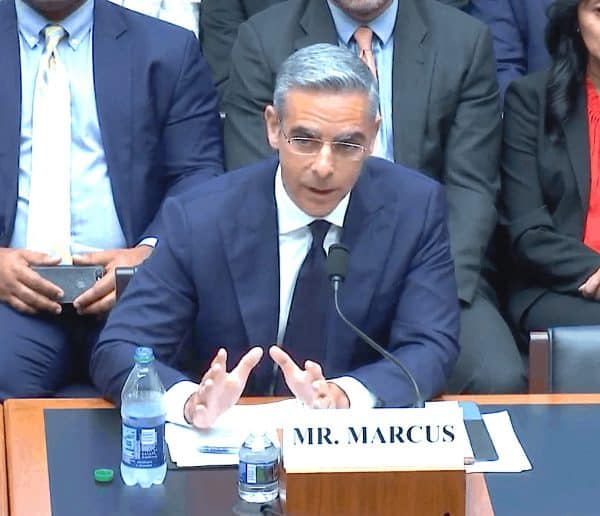 David Marcus was previously the head of Facebook / Meta’s (NASDAQ:FB) initiative to create a non-sovereign global digital currency. First branded as Libra, and then as Diem, the digital currency launched with much fanfare but eventually sputtered – largely due to global regulatory pushback that made the project untenable. Marcus exited Diem towards the end of 2021. Diem was eventually sold off to Silvergate Capital for $200 million.

Last week, Marcus utilized Twitter to share his experience dealing with European policymakers as well as his opinion on why the Europea Union “keeps falling behind.”

Marcus said that while the EU “has all the talent and resources to be a leading region in the world” it just can’t execute on the goal of being number one in crypto, or tech innovation.

Follow-up of my last tweet. A small 🧵 about how the EU keeps falling behind when it has all the talent and resources to be a leading region in the world. In the early days of Libra, I had fascinating conversations with senior leaders at the ECB. 1/14

Marcus explains that “Europe resented the fact that the vast majority of transactions were settled on US payment networks” and that the US leveraged its dominance in payments and transfers. He points to policies applied to the rogue Iranian regime that the US targeted with sanctions that blew up European deals.

“That’s when the EU tried to setup a clearing house (INSTEX) to bypass US sanctions and continue to pursue its business dealing with Iran. That move failed,” says Marcus.

He believes that Europe could have “co-opted” Libra as it was originally designed as a basket of currencies, as well as other assets, but opted to pursue a “Euro wide suspension consultation” – IE MiCA – which is still in process.

Marcus states that this move was not about protecting consumers but a protectionist policy designed to prevent another US led network to “thrive in Europe.”

Since that time, the US has taken the lead in crypto mining (following the exit of China from all crypto) and also leads the stablecoin market with more that $200 billion in dollar based private currencies.”Where’s Europe in this?” Marcus asks. “Not in the mix.”

“Protectionism in the age of a massively connected world defeats the very markets one tries to protect. EU: if you want to be relevant, if you want European companies to be in the lead, you need to retain, nurture, and attract talent and innovation,” said Marcus. “Historically the way most European countries tried to stimulate innovation is through advantageous government grants and subsidies. This is not the way. Favorable regulation and policies will enable global competitiveness.”

Marcus states that European restrictions and myopic policies will almost inevitably produce the wrong outcome and “make Europe fall even further behind.” Trying to ban things they do not understand or virtue signaling (think ESG) will have “catastrophic consequences in Europe. This will also generate an opportunity for the US that leans towards less regulation and is more supportive of private firms.

“A decade from now, history won’t be kind with people and regions that not only didn’t jump on the opportunity to lead in this new era of innovation, but got in the way of it while not “fixing” anything in the process,” states Marcus.