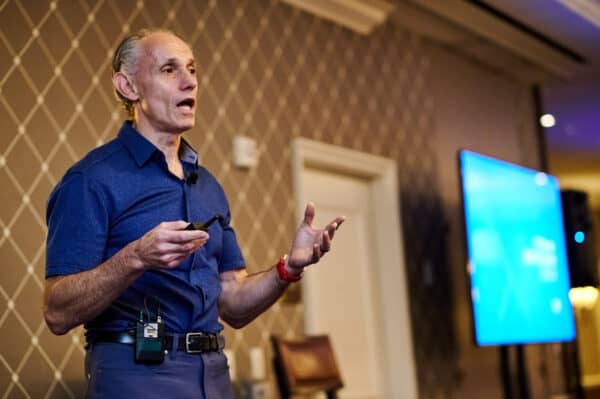 The venture community is getting gloomy, chattering about deal volume, down rounds, and a dismal economy. From war in Ukraine, too much government spending, and rocketing inflation chased by the US Federal Reserve raising interest rates, things look bad. It does not help that markets are tanking, both traditional and crypto, making people feel less wealthy – because they are.

According to KPMG’s quarterly Venture Pulse, global VC investment declined in Q1 2022 although in the Americas funding remained “robust.” Globally, venture-backed firms raised $144.8 billion across 9,349 deals. This compares to $153.2 billion in Q1 2021. 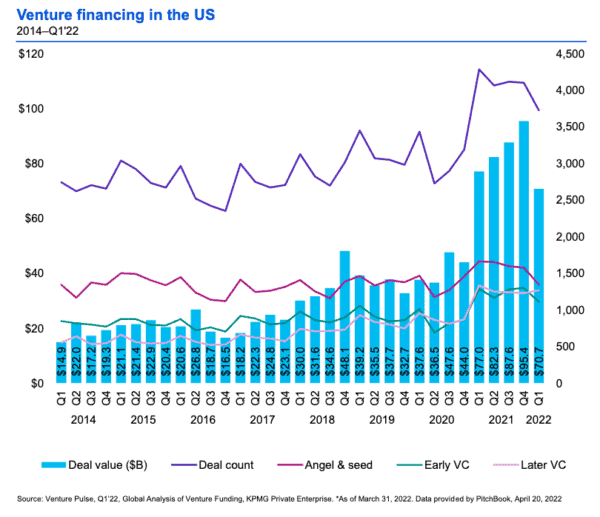 To quote the report heading into Q2 2022, VC investment is expected to remain relatively stable but seed and early-stage firms will take the “biggest hit” as investors look to mitigate risk.

It’s not all bad news (at least for now). KPMG predicts that certain sectors like Fintech will “remain hot areas of VC investment” as there is a lot of “dry powder” and venture funding will continue to be relatively strong going into Q2. But where do we go from there?

CI connected with one of the most famous and successful Fintech investors in the world, Nigel Morris, co-founder and Managing Partner at QED Investors. Morris, along with QED co-founder Frank Rotman, were recently named to Forbes’ Midas List of the world’s leading venture capitalists. Founded in 2007, QED has an endless list of successful Fintech portfolio companies like Roofstock, Klarna, SoFi, Nubank, and many more. QED has invested in 170+ companies including 25 unicorns.

CI asked Morris if the Q1 decline in VC funding would continue in the coming months and if so, for how long. Morris shared that some of his colleagues think fundraising windows will begin to slowly open as early as this summer.

“Others are using history as more of a guide – they know we haven’t hit the trough yet and they believe the resulting chill could last well in 2023. Having started QED around the time of the last recession in 2007-08, we do have some of those historical data points to help us navigate this current climate,” Morris said. “Using the past as a guide, it could take 18-24 months for us to reach the trough, which was around 50-60 percent its original levels. Keep in mind the S&P has dropped 16 percent in 2022. During the last recession, it took 5-6 years to get back to the pre-recession S&P levels. That said, the meta trends of Fintech remain solid and inexorable.” 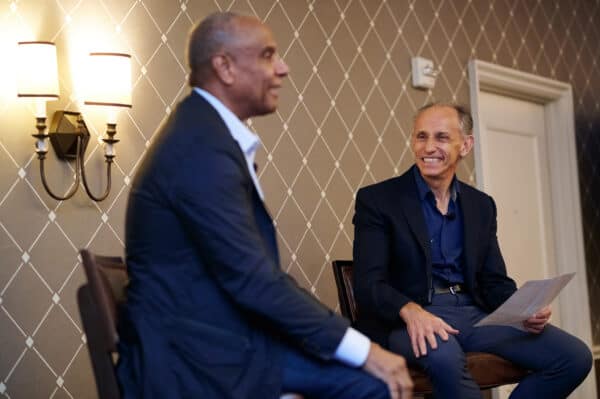 Recently, the founder and CEO of a top global securities crowdfunding platform said there are indications that 2022 will be a flat year for venture capital but that would be an overall positive for these markets. Morris said a flat round may be the new up round:

“If everyone around you is raising money at a lower valuation – or worse, not at all – then maintaining a valuation and attracting outside money is still net positive if it gives you an opportunity to leapfrog your competition,” stated Morris.

And what does he think about Fintechs specifically? Is this an opportunity or a negative for innovative financial services firms?

“We are still much more optimistic than we are concerned for the long-term future of Fintech and, by association, our portfolio companies,” said Morris. “The meta wind of digitalization of analog financial services remains at our back and we are just 15 minutes into the first half. In the long term, we are in good shape. Don’t let the short-term turbulence puncture your dream or take away from the enormous winds that are pushing us forward.”

As a venture firm with dozens of portfolio companies, what is Morris telling his founders? What about the ones in need of funding?

“Focus on your unit economics. Focus on your company culture and what you stand for. Focus on having the right people in the right place. And most importantly, focus on your customer. If you do those things and do them well, you can probably weather whatever is thrown at you.  In the past, we would typically advise companies to fundraise when they had four to six months of capital left, representing plenty of time to round up a solid raise while describing a business that was worth two or three times the valuation of the previous round. Today, that same company needs to craft that same narrative with depressed multiples and are having to start that process six to eight months before they’re out of cash. Running haphazard processes for fundraising won’t work. Husband the money you have, favor profit and being cash flow positive over growth and plan for the worst.”