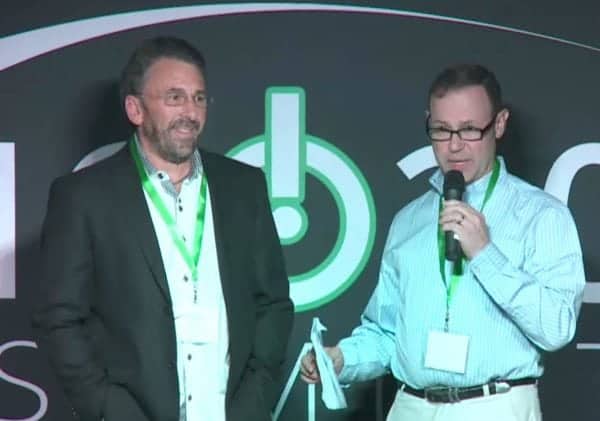 Yesterday it was announced that StartEngine had entered into an agreement to purchase SeedInvest. Following a typical regulatory review, StartEngine will soon own substantially all of SeedInvest’s assets, including its database of registered investors. SeedInvest is currently owned by Circle, which purchased the company in 2019 when Circle was pursuing a different strategy. Circle is the issuer of a leading dollar-based stablecoin, USDC – a digital asset the company believes will be the future of payments and transfers.

CI reached out to StartEngine co-founder and CEO Howard Marks, who shared some additional details on the acquisition.

Marks said that SeedInvest was acquired for $24 million in a share transaction. As the transaction required a filing with the Securities and Exchange Commission, it was outlined in an 8-K that the total consideration for the purchase is 960,000 shares of StartEngine’s common stock, which is based on StartEngine’s ongoing Reg A+ offering price of $25 per share. StartEngine is currently seeking up to $46 million in a funding round at a valuation of $1.32 billion.

The SEC filing indicated the acquisition of SeedInvest is expected to close no later than the first quarter of 2023.

We asked Marks about the current SeedInvest team, and he said it was up to Circle to decide on the team and facilities (not too long ago, SeedInvest moved from New York City to Miami).

An interesting aspect of the transaction is the fact that StartEngine did not receive SeedInvest’s broker-dealer (StartEngine already has one) and that the ownership stake in Crowdcube is not part of the deal.

As was previously mentioned, the equity in Crowdcube may have indicated a move by StartEngine into the European market, and, at least for now, that is not the case. Marks added that there are no plans to work with Crowdcube – which is one of the largest platforms in Europe.

Marks did share his opinion on ECSPR [European Crowdfunding Service Provider Regulation], the new EU rules that enable pan-European crowdfunding, and he had this to say:

“I think ECSPR is a first big step to developing a European-wide standard and seeing successful crowdfunding platforms emerge.  The European investor is eager to invest in early-stage companies the same way as we see it here.  It takes time to build a marketplace, but there is no question it will be successful.  We have not announced plans for a European presence.  I do believe it is up to entrepreneurs over there to do it.  Down the road, we can certainly entertain partnerships.”

Since we were on the topic of global expansion, we asked Marks if StartEngine had considered providing services in other markets like Asia and Latin America. Marks said they have no intent to pursue these markets as he is drawing on his experience in building companies, and one of the first rules is to stabilize your own market first before venturing abroad.

“It can become a distraction,” stated Marks. “We are hyper-focused on the US marketplace.”

With more than 70 FINRA-regulated funding portals and a number of broker-dealers pursuing the online capital formation sector, we asked Marks for his thoughts on the future of investment crowdfunding.

“I believe few will become broker-dealers because of the cost it entails.  Not only the costs, but the time it takes to properly maintain the regulated entity,” Marks said. “I think consolidation is inevitable, and we intend on being the consolidator.”

- @StartEngine CEO - I think consolidation is inevitable, and we intend on being the consolidator Click to Tweet

Marks also shared his thoughts on institutional money moving into securities crowdfunding, and he said that VCs are very control-driven and they like to keep their deals for themselves and other club members.

“We are now seeing angels participate in some of our offerings.  Equity crowdfunding is open and available to the general public with full transparency, such as publishing the yearly financials.  Also, equity crowdfunding allows investors to freely sell their shares which is not the case when investing professionally or as an angel in a VC deal.  The world is going to look a lot different once our marketplace grows further, giving entrepreneurs a solid option to sell shares to the public and stay in control.”