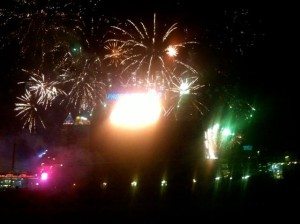 There we were, circled around a bachelor party campfire and drunk on keg beer, discussing the viability of using Kickstarter to fund a sex toy startup. My buddy Dan (he goes by Dangerous D at karaoke) had designed and handmade a compact speed controller for small vibrators (pic below). He was selling them at $75 a pop and apparently – I have yet to see or try one – they were getting rave reviews. Dangerous D’s Magic Box, he called it. Another friend and I were passionately trying to convince him to quit his job as a bank manager and start a sex toy startup. We were positive, and a bit drunk, that all he needed was a successful Kickstarter campaign. The video would obviously be key.

It was then I knew that 2012 was the year of crowdfunding. It’s a household term now.