UK based crowdfunding site Crowdbnk announced that the first project has been successfully funded on CrowdBnk after being listed for less than an hour.  “What’s This?” Mobile App reached its funding target of £10,000 on the 10th February 2013 with the help of 26 CrowdBnk supporters.

Founded by two ex-Cambridge students, Ed Moyse and Ross Harper, “What’s This?” is a mobile game inspired by Draw Something (and other similar turn-based games), and born from the increasing popularity of photo-sharing in the last few years. Users can take photos of anything they like, apply filters to the photos and send these photos to a friend who has to guess the answer.

Ed and Ross are thrilled with the successful funding, saying “since leaving university we made the leap to 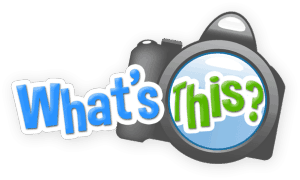 become entrepreneurs … following our successful first venture, BuyMyFace.com, we received a lot of interest in what our next project was going to be. It made sense for us to harness this interest by inviting friends, family, and others to become part of “What’s This?” and help make it happen through CrowdBnk. Having produced a beta for “What’s This?” already, we now plan to refine it, polish it, and launch for Android and iPhone. We’re so excited to see what the world thinks of it… and if you want to get your hands on it early and tell us what you think, please visit WhatsThisGame.

CrowdBnk CEO, Ayan Mitra, said “We are excited to have witnessed of what could be a record in the crowdfunding industry and CrowdBnk is proud to be part of the adventure. Ed and Ross did their homework and research when it comes to crowdfunding and approached it correctly as predominantly a marketing challenge. That said we were amazed at their ability to garner support. They will do very well when they launch this game which is very addictive.”