Coming from the consulting group Deloitte Touche are their Tcchnology Media and Telecommunications (TMT) predictions for 2013. Crowdfunding and the revolutionary potential of this new industry is a focus of part of Deloitte’s prognostications. There was a previously released version of this report earlier this year.

This annual report incorporates prognastication on the ever changing technological environment.  Crowdfunding captures several pages and is titled; Let’s Get Together:  Crowdfunding Portals Bring in the Bucks.

Deloitte predicts that crowdfunding portals will raise $3 billion in 2013, double the $1.5 billion raised in 2011.

Crowdfunding portals are websites that enable large numbers of individuals to support financially a project or company, with each backer contributing just a small percentage (generally less than one percent) of the total funding. A typical crowdfunded project has thousands of backers.

Crowdfunding’s growth matters to TMT for two reasons. First, some 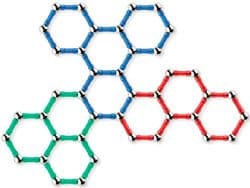 crowdfunded projects raise funds for new technological devices and media content such as computer games. Second, the portals themselves are likely to become a new type of Internet portal.

Media coverage of crowdfunding tends to focus on its role as an alternative to traditional venture capital (VC); however, there is much more to the concept. In fact, there are four distinct categories of crowdfunding that vary by type of portal and capital raised.

Deloitte categorizes the crowdfunding industry under several sub headings including Rewards based, Venture Capital, Donation Based and Consumer Lending.  Deloitte claims that Consumer lending is the largest segment bringing in $1.5 Billion between 2008 and 2012.  This may rise to $1.5 Billion for 2013 alone.  According to Deloitte Venture based is presently the smallest category but note this can change if the regulators pull things together.  Potentially Venture based could hit over $1 Billion once completely legalized.

You may view the report in its entirety here (pdf).