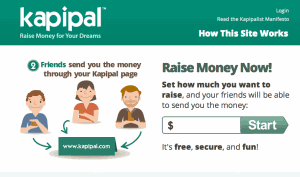 Italy could become the first country in the world to pass a law on crowdfunding . give us to act even Forbes after the publication of the draft of the Consob Regulation . The document is open for comment until 30 April and will be used to operationalize the provisions of the decree Growth 2.0 . After work will be put on paper the methods of access to fundraising via the Internet by innovative startups , another category defined and discussed in the text strongly supported by the Ministry of Economic Development outgoing, and the sector in general will enjoy of ‘ organization necessary in order to develop properly. ‘s important novelty of these weeks will be the protagonists of Turin Crowfunding next Friday. “Intervene in connection from the States Jason Best “ , co-founder of Crowdfund Capital Advisors, which has supported and allowed to ‘approval of the U.S. standardrequiring the drafting of a regulatory framework for crowdfunding, “and

will host the first official release of the Consob on “anticipated to Wired.it Boccazzi Varotto Carlo, one of the organizers of the day. The event will also provide an opportunity to christen the organization Italian crowdfunding network , which “is giving support to regulatory and encourage the disclosure of the subject. Already joined virtually all platforms Italian, experts and companies in the digital world private “ , explains Claudio Bedino , CEO of Starteed which is handling the project. starting point for subsequent interventions and evaluations will be the ‘ analysis of the Italian market of Daniela Castrataro and Ivana Pais .Introduced in late January with the data collected up to November 2012, the search was updated during the event Piedmont. Wired.it you anticipate (below) the list compiled by two researchers of 22 Italian crowdfunding platforms.

Read More at Wired IT