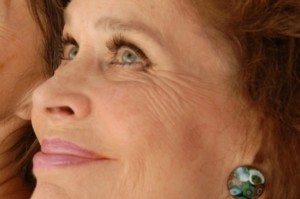 Karen Black was a successful, well known actress back in the day.  Her list of films are wide and deep.  Not all of them rose beyond the B film genre but several productions were very successful and lauded to this day.  Easy Rider, The Great Gatsby, Five Easy Pieces to name a couple. Sure – there was Airport 1975, but she was also nominated for an Academy Award in for Best Supporting Actress in 1970.

Being a film “star” may have moments of glamour but after the lights fade and the phones stop ringing the adjustment to a world of “normalcy” can be difficult.  Most people probably believe that all actors or actresses which have made several large films – have reached a point of financial security.  The expectation of residuals continuing into the senior years cushioning the life change.

When it was reported that Karen Black was crowdfunding for medical assistance most, at least those who remembered her roles, were more than a bit surprised.

So how did Ms. Black’s crowdfunding campaign on GoFundMe progress?  On a goal of $32,000 the campaign has raised just under $60,000 – all for treatment of cancer which is a disease that touches all families.  The campaign was started by her husband in a touching note of support.  Over 111o individuals contributed to the campaign.