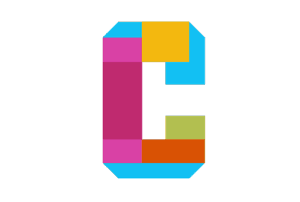 Access to capital is a barrier for many of today’s budding entrepreneurs. Sometimes all you need is a little love. And for Crowdismo, that takes the form of innovation funding via the crowd commonly known as crowdfunding. Powering projects across education, social impact, and entrepreneurship is a prime focus of ours. Let’s talk a little bit about small business and entrepreneurship.

Hispanic consumers are champions of possibility and oftentimes exhibit a high positive outlook of the road ahead. In fact, nearly 70 percent of Hispanic business owners were confident that their business would exceed 2012 results, compared with just 47 percent of general market small business owners who felt the same.

However, from 2008 to 2011, loans to small businesses fell 20 percent. Hispanic Americans are a major force in this small business sector with 3 million Latino-owned companies and over $500 billion in revenue. Move forward to 2013, access to capital is increasing but more and more crowdfunding is becoming a real catalyst for powering forward innovative market-driven ideas.

In fact, crowdfunding platforms raised $2.7 billion (an 81% increase) and successfully funded more than 1 million campaigns in 2012. Massolution forecasts an increase in global crowdfunding volumes in 2013, to $5.1 billion. That’s $5.1 billion! A truly exciting and eye opening forecast to say the least. But let’s tie back to the Latino market. What’s even more interesting is how a significant portion of Latinos are being deemed America’s new Upscale Segment.

Upscale and overall positive-minded? The visionaries and catalysts for real economic change and growth are the ones who are not afraid of tomorrow but embrace the chasm of possibility.  Fear and doubt are an obstacle to many but a little motivation and chuspa to move forward and create the future is what drives so many of us Latinos. We are indeed positive and focused on global impact. Economic vitality fueled by creative genius is a pathway for real outcomes. Here are a few more reasons why and how Latinos and crowdfunding makes sense:

Age Factor
Overall, those between the ages of 25 and 34 are most likely to make investment decisions via crowdfunding platforms. The median age of Latinos is 27.6 making them the youngest demographic in the U.S. and perfectly aligned to adopt crowdfunding as a means of powering projects across a wide array of arenas including: Education, Technology, Social Impact, and Entrepreneurship to name a few.

Explosive Growth
“…the unassailable fact is that Latino-owned businesses in the United States are growing at a blistering pace.” Latinos are three-times more likely to start businesses than the general population. Nielsen’s State of the Hispanic Consumer report offers additional insights into the reach and growth of Latinos in America.

According to a recent post in Forbes online, “Sixty-nine percent of Hispanic respondents ranked “help people who are in need” as No. 5 on their list of aspirations compared to only 27% of non-Hispanics, who ranked this at No. 14. They want to make a difference, and if you can facilitate that, you can endear your brand to these consumers.”

It’s imperative that we foster a community of synergy and build both intellectual and financial capital driven by access to powerful economic resources that will enable continued momentum throughout the Latinosphere in the U.S. Crowdfunding levels the playing field in an arena where only 1% of VC money goes to African Americans and Latinos.

We’re on the cusp of a unique opportunity to take idea investment and new venture priority to another level and Crowdismo is targeted at leading the charge in innovation funding, idea powering, and community impact.

This post originally appeared on the Crowdismo blog and was shared with permossion in its entirety.