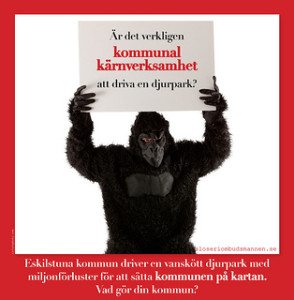 Before Martin Borgs joined the crowdfunding scene, the largest amount raised for a Swedish film was 393,646 SEK (€45,000) in a month. On FundedByMe, the largest amount raised for any project on the “classic crowfunding” site was 257,914 SEK. Borgs made more than that in the first 2 weeks that his latest film project was on FundedByMe. He raised 550,000 (€63,000) SEK in total to “granska slöseri med skattepengar” or examine the waste of tax money in Sweden.

Best known for his internationally acclaimed film “Overdose”, about the financial crisis, his latest film takes a look at Sweden. Planned for release in 2014, a big election year for Sweden, he plans to use humour to document the waste of tax money in Sweden.