HopeMob founder Shaun King has launched a campaign on the HopeMob platform seeking donations to benefit three causes related to Trayvon Martin. Martin was shot and killed by George Zimmerman, who was recently found not guilty on charges stemming from the incident.

The campaign aims to generate funding for the following three causes: 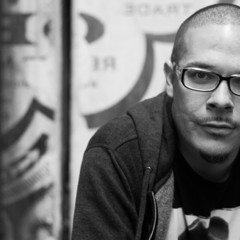 King explains how the verdict led him to launch the campaign…

Today I felt and experienced a sense of national despair and frustration unlike anything I’ve seen in a very long time.  When it was announced that George Zimmerman was found not-guilty, millions of people felt like they were kicked in the gut and that the senseless death of a teenage Trayvon Martin was going to go without justice or consequence.

Listen, I have my own very strong views on this case and I’m sure you do too, but I noticed something consistent across all viewpoints when the verdict was announced…

People want an outlet to do good and express love and hope and progress somehow connected to this case, but just don’t know how to do it.

This story is about that. I believe we should talk and have dialogue – yes, but people want to see real change in the world and know that they are doing something that truly matters.

The campaign is seeking total funding of $100,000 and ends at the end of August. More info is available at http://www.hopemob.org/Trayvon.