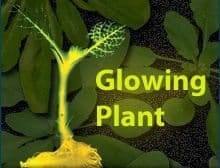 Recently Kickstarter decided to update their guidelines for project creators where Genetically Modified Organisms (GMOs) are banned from crowdfunding on their platform.  As one commenter described the change as putting “synthetic biology in the same category as hate crimes and tobacco”.

While that statement may be a bit extreme the push by Kickstarter to remove these types of crowdfunding campaigns from their platform seems a bit draconian.  Much of this controversial debate stems from a crowdfunding project, “Glowing Plants: Natural Lighting with no Electricity” was using genetically engineered plants to generate bioluminescent plants (think Avatar).  The crowdfunding campaign raised over $484,000 on a goal of only $65,000.

The petition is currently being hosted on AVAAZ where organizers have posted a request to “Ask Kickstarter to Allow Genetically Modified Organisms as Rewards”.

The declaration on the petition stated:

Kickstarter changed it’s project guidelines on July 31st to specifically exclude the offering of Genetically Modified Organisms. Genetic engineering is going to become commonplace, it’s going to become a personal thing, a new art form as creative as painting or sculpture. Kickstarter could be a great force for good in the world aiding the introduction of this technology, they should allow release of creations so long as they are legal and ethical.

Synthetic Biology is the most powerful technology we have ever developed. It has the potential to solve so many great challenges faced by our society. If you think this technology should remain the preserve of the elites and large corporates then stay silent. Otherwise, if you believe in democracy and the power of individuals to make a difference please sign our petition asking Kickstarter to reconsider their decision.

The number of “signers” have already surpassed the target of 200 signers and new supporters are rolling in at a steady pace.  Controversy regarding GMOs will most certainly create a highly polarized debate with both staunch supporters and determined anti GMO advocates defending their position.

Currently it is believed the type of plant that was being genetically modified and crowdfunded was completely legal.  But there are calls from some industry sectors insisting this is a realm that needs to be more highly regulated.