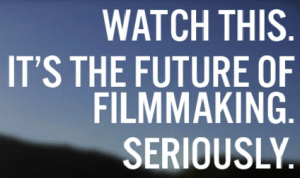 Inaugural Fair Trade Filmmaking Festival, WestFest to Be Held at The HUB LA in Los Angeles, October 1st through 3rd.

Seed&Spark, a crowdfunding plus digital distribution platform for independent film, has announced that it will host their first fair trade filmmaking festival, WestFest, from October 1-3, 2013, at The HUB LA in Los Angeles.

For the event WestFest will bring select Seed&Spark films that are available for streaming on the Seed&Spark site to the big screen. The three-day program will feature conversations with filmmakers and film curators. Continuing Seed&Spark’s fair trade filmmaking manifesto, a portion of the proceeds will go directly to the filmmakers whose movies are being screened. 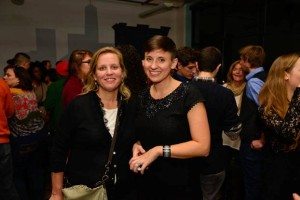 “We believe that films have the ability to catalyze conversations that build communities and expand circles of empathy. And we believe the inherent intimacy of the festival experience creates a fertile environment for these conversations to start,” says Emily Best, Founder and CEO of Seed&Spark. “WestFest is a beta test for an international festival series, with the goal of bringing together filmmakers and audiences around the stories that matter to them.”

Seed&Spark recently launched “Conversations” ¾ a group of curated film collections  that organize Seed&Spark Cinema movies across different genres by theme. WestFest will bring some of those conversations into a real life setting.

Launched in December 2012,  Seed&Spark has gained almost 6,000 users who support independent filmmaking projects and enjoy watching independent films on the site. The company has partnered with a number of like-minded film organizations including Film Independent, Big Fat Empty Wallet, Dogfish Accelerator, Nice Dissolve and Bitch Flicks to empower filmmakers connect with their audiences.