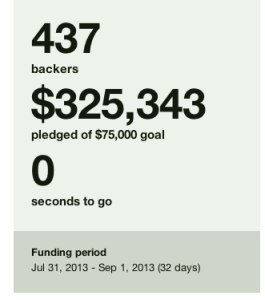 The Fuel 3D Handheld Scanner crowdfunding campaign blasted past their initial goal of $75,000 many days ago.  The final tally, having closed this past weekend, stands at $325,343 raised from 437 backers.  3D tech has been a very hot category on crowdfunding platforms but most attention has been focused on 3D printers.  Fuel hit a different angle offering a scanner which allowed users to easily capture 3D images and stitch them together.

The interesting rewards started at $750.00 where early birds could be first on the list to receive a beta production unit scheduled to ship in April of 2014.  The slightly more popular reward was a Fuel3D first production batch shipping in July 2014.  At this reward level the cost was $990.  The most popular rewards were the options that included 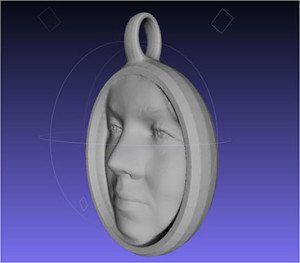 a license to Uformia’s MeshUp software.  This is the software which allows for the stitching of images.

Fuel3D intends on bringing point and shoot images to the masses.  Someday soon this technology will be in everyone’s hands but by next year it will be available from Fuel.