A petition has been launched on Care2.com in an effort to get Indiegogo to remove a controversial campaign for anti-rape underwear. The petition was launched by Care2 user Sue Lee. 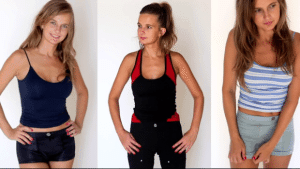 The associated Indiegogo campaign sparked controversy as many took issue with the insinuation that underwear could stop rape. The description of the petition suggests that these underwear could actually make a grave situation worse by directing the attacker’s attention away from rape and toward “harm.”

Please sign and share this petition to protest this company’s anti-rape underwear! Have you ever heard anything so absurd? The underwear is designed to be difficult for a predator to tear off, but is that supposed to stop a rape??!! They state that, with this underwear on, women would feel safer out when running, jogging, biking and clubbing; any type of activity would seem safer because of this apparel. Knowing these sickos are off the streets is what would make anyone feel safer, NOT anti-rape underwear!!

To one extent, Indiegogo is raising a campaign against rape incidents through fundraisers and this is a great aspect of this crowd funding industry. They do seem to have the best of intentions but to promote their underwear as a way to stop rape is ridiculous. These underwear garments may be more dangerous for the woman wearing them than help to stop a rape. If someone is attacking a woman with intentions of rape and they can’t succeed, the intention may turn to harm as a result. There is nothing you can wear or not wear to stop a rapist from violated an individual, which is really sad. Rapists are sick individuals and the best anyone can do is report them, get them caught and removed from the streets and society. Other measures need to be put into practice to get these sick abusers off of the streets. Underwear is not a realistic ploy to stop rapes.

The petition seeks 1,000 signatures. It has garnered 12 since launching yesterday.