When the proposed SEC equity crowdfunding rules were released on October 23, those of us who had been anxiously waiting for months were finally given what we had been begging for. The long-awaited SEC rules had finally arrived. Equity crowdfunding under the JOBS Act was about to become a reality.

Then, we read the 585 pages of rules and comments. Some of us started to feel a little queasy. We all knew there would be a lot of rules, but surely the SEC would understand that a startup company would need an economical way to crowdfund under the JOBS Act. Apparently, the SEC did not get this memo.

Compliance with the JOBS Act, and the new regulations proposed by the SEC rules, is going to be expensive for a start-up company, and even more expensive for a crowdfunding site, or “funding portal” as they are known under the law. The proposed SEC rules (and the FINRA rules that also were released at the same time) place a large barrier to entry for many who thought operating an equity crowdfunding site would be as simple as building a reward-based crowdfunding website. And worse, these proposed rules could effectively price many startup businesses out of the equity crowdfunding market.

First, let’s talk about a startup company, or as the SEC calls them, an “issuer.” Here are the costs the JOBS Act, the SEC rules, and the FINRA rules will require a company to pay out in order to equity crowd fund. Keep in mind, many of these are up front costs. And, unlike many rewards-based crowdfunding sites, if a JOBS Act issuer does not raise the full amount they set as their goal, they do not get to keep any of the money, but they lose the out-of-pocket up front costs.

Now, let’s look at the funding portal costs to do business. The one thing that struck me the most when I read all 585 pages of the SEC proposed rules, was how much of a burden they had placed on the funding portals. The burden is huge. Amongst the requirements the proposed SEC and FINRA rules impose on funding portals are: 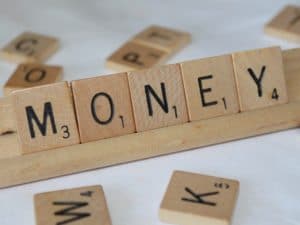 Notice that I did not even mention the cost of building, operating and maintaining a website, the record keeping required, the personnel needed, and all of the other things needed to run a funding portal business.

It looks like the SEC has purposely tried to make equity crowdfunding expensive. They were tasked with taking a simple nine page
law that passed Congress with overwhelming bilateral support and creating rules that would give the average small businessman a way to fill the void left by banks unwilling to lend them money. Instead, the SEC has created a quagmire of complicated rules and economic roadblocks. If a small business needs to raise $100,000, are they going to spend $15,000 in background checks, compliance costs and legal fees to give equity crowdfunding a try, knowing that if they do not reach their goal, they do not get the money raised, and are out the up front costs? Are they willing to pay a broker-dealer and funding portal another 15%-20% of the money raised, if they raise it? If the proposed rules do not change and become more user-friendly and affordable to issuers and funding portals, the purpose of the JOBS Act will be completely frustrated.

Kendall Almerico is a nationally recognized crowdfunding and JOBS Act expert who has appeared in USA Today, Huffington Post, the New York Daily News, Business Insider, Fox Business Network and hundreds of newspaper, blog, radio and television interviews including CNN and The Sean Hannity Show. Almerico is also CEO of ClickStartMe, a crowdfunding site that provides individuals and businesses with an easy-to-use website to raise funds through online crowd funding. Almerico is also the founder of CrowdItForward, a charity-based crowd funding site that performs “Random Acts of Crowdfunding” and raises money for people in need through a 501(c)(3) charitable foundation.