The Aspen Investment Forum which took place this week, January 6 & 7, was challenged by the airport closure in Aspen due to a tragic plane crash.  One person died in the crash and two were injured when the private plane, inbound from Toluca, Mexico, was struggling to land during gusting winds.  With the airport closed many attendees and speakers were unable to travel to the posh ski resort for the conference focusing on crowdfunding.  The event was organized by Crowdfund Productions. 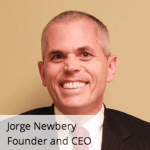 In a brief on HuffingtonPost, attendee Jorge Newbery, CEO and founder of American Homeowner Preservation;

“For those who did make it, the light attendance fostered an intimate setting in which presenters and attendees exchanged knowledge and insight in a manner which was more relaxed and free-flowing than would have been possible with a larger group. I was to moderate the largest panel of real estate crowdfund platform founders ever assembled, a total of seven. However, instead of moderating the panel, I was the panel as none of the other panelists had arrived.”

Newbery summed up the turn of events with,

Through the conference, the spirit of those in attendance reflected the essence of a John Wooden quote: “Things turn out best for the people who make the best of how things turn out.”