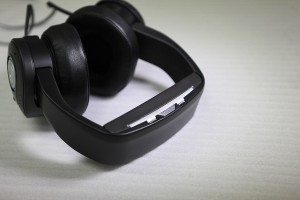 Glyph, a portable headset that creates a virtual retinal display and claims to create “sharp, stark images unlike you’ve seen before”, rocketed out of the gate on Kickstarter last week easily topping their quarter million goal.  It took just 24 hours for the crowdfunding campaign to near the $500,000 mark.

After an amazing 24 hours we’re finally coming up for air, and we couldn’t be more thrilled with results. In just over four hours we were able to blow past our original funding goal of $250,000, and we’re now just short of doubling it at $500,000. 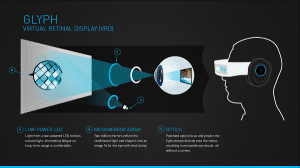 The unique product actually does not have a screen but incorporates a one million micromirror display and a combination of optics to generate an extremely vivid image.  The company originally was positioning the device at specialized uses (like the military) but soon realized the vast potential for gaming and movies – basically anything you can connect a screen to.  Apparently wearing the virtual display does not cause any disorientation and minimal eye strain if any. 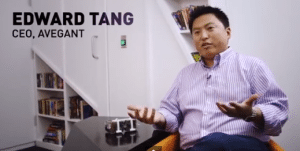 The product is the creation of Avegant based in Ann Arbor, Michigan.  Led by Edward Tang, the company CEO, Avegant has been building a team of accomplished engineers and experienced tech experts.  Glyph was widely leaked to the press late last year which generated significant buzz prior to launching their Kickstarter pretail campaign which was only launched this past week.

Positioned somewhere between the Oculus Rift and Google Glass, the Glyph is designed to be totally plug-and-play – with the benefit of 1.8 million pixel images.  Right now the device is great for watching movies but the expectations are that developers will jump in and quickly incorporate additional functionality.

The crowdfunding campaign stands well over $700,000 raised today in just a few short days. With a scheduled close date of February 21, 2014 the project has plenty of time to blow the doors off of the fundraising initiative. 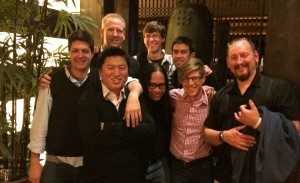 Stretch goals have already been set and surpassed.  The next level is at $750,000 which will be beat any day now.  Most backers are signing up for the reward level where you will receive a beta version of the product, for $499, which is expected to ship in December 2014.

Technology campaigns and crowdfunding have created a profound funding, marketing match.  When the product is innovative, developed by a reputable team, great things may occur.  Perhaps Glyph Mobile Personal Theater will be one of the big crowdfunding hits of 2014.