London-based peer lending platform Zopa has closed a £15 million funding round led by Arrowgrass Capital Partners. Augmentum Capital, Wellington Partners and Balderton Capital also took a stake. As part of the deal, Arrowgrass CEO Henry Kenner will receive a seat on the board.

Zopa has raised over $56 million in venture capital since inception in 2005. (GrowthBusiness.co.uk has a breakdown of the individual rounds.) The funds are said to be slated for a big marketing push in the UK, although details on usage don’t seem to be set in stone as of yet. Zopa is known for… 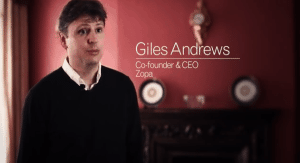 Zopa has been active in the peer lending space for a long time, and is widely considered one of the first – if not the first – peer lending platform to gain major traction. Zopa stands for “zone of possible agreement,” which is representative of amicable terms between parties in their lending-based transactions.