Island Records and Indiegogo have announced a partnership that will provide a new place to discover emerging artists on a global basis.   “Fan Republic” is being marketed as the first collaboration of its kind between a music label and a crowdfunding platform.

Fan Republic will be a crowdfunding destination powered by “Indiegogo Outpost” and hosted by Island Records, which offers rewards for artists who reach or exceed their funding targets. These will include deals and discounts negotiated by Island Records on everything from studio rates to video production and van rental. Island Records is one of the first companies to utilize the recently announced Indiegogo Outpost feature that enables companies to host Indiegogo campaigns on their own websites.

Emerging artists using Fan Republic will also have the chance to connect directly with the highly respected Island Records A&R team, who will be evaluating all projects which reach their funding targets. 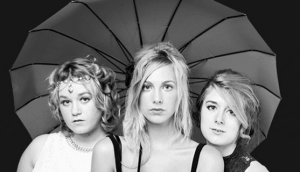 “A&R is the life blood of Island Records and we also have a great track record of innovation in the digital space. There are many ways for artists to take the first steps in their careers and the crowdfunding route is increasingly one of them. Fan Republic shows our commitment to finding and nurturing great new talent, alongside our partners Indiegogo through their globally respected crowdfunding platform.”

As par of the site’s launch, Island Records is offering the incentive of a single release. The winner will be selected by the A&R team from all the artists who reach their funding target within the first six months from launch – guaranteeing that at least one artist will get an Island Records release as the site gets underway.

“We are very excited about the launch of the Fan Republic partnership with Indiegogo. Crowdfunding is an important part of the digital marketing plot for many emerging artists and a great way to build a mutually beneficial relationship with their most engaged fans.” 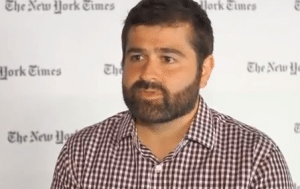 The legendary Abbey Road Studios, a key Fan Republic partner, is also offering to mix and master a single via their world-class online service, for one lucky artist who successfully funds their campaign.

“Our Fan Republic partnership with Island Records is the latest example of how Indiegogo is committed to innovations and collaborations that harness the power of our open and global platform to help people fund what matters to them,” said Slava Rubin, Founder and CEO of Indiegogo.

Island Records has worked with some of the music industry’s leading stars including, U2, Roxy Music, Amy Winehouse, Robert Palmer and many others.