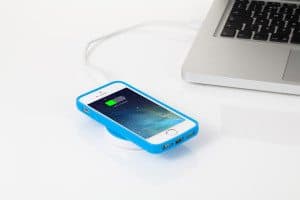 After raising over $160,000 on Indiegogo, the iQi wireless charging device is now available online through fonesalesman.com.

The device was reviewed on TechCrunch yesterday and was hit with some hard criticism about the reliability of the device, although it seems uncertain as to whether shortcomings should be attributed to the device itself or the Qi wireless charging standard it is built upon…

Some of the issues I encountered while testing the iQi (with an iPhone 5) are likely those generally associated with the Qi standard. As my TC colleague John Biggs has previously noted, Qi is slow and finicky — requiring the user to align the device with the charging place in just the right place or no dice. Or rather, no juice.